Zimbabwe's finance minister says historic elections this month will bolster efforts to revive an economy that he admits "collapsed" due to Robert Mugabe's land reforms. 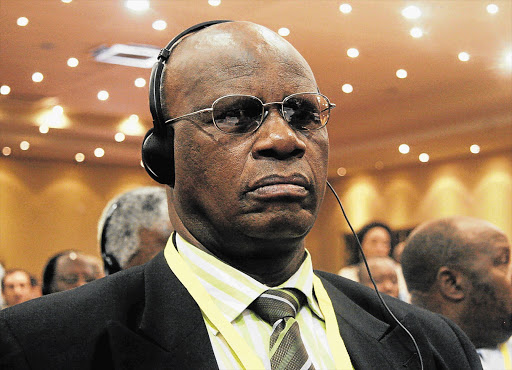 In an interview with AFP, Patrick Chinamasa, one of President Emmerson Mnangagwa’s closest allies, predicted the ruling ZANU-PF party would “resoundingly” win the July 30 vote, the first elections since Mugabe was ousted last November after 37 years in power.

Mnangagwa is banking on victory to provide a much-needed endorsement of his presidency and lure foreign investors to an economy wrecked under Mugabe’s long rule.

After the seizure of white-owned farms triggered hyperinflation, GDP nearly halved between 2000 and 2008 — a decline described by the World Bank as the sharpest contraction of its kind in a peacetime economy.

“We thank the former president for sticking it out in order to resolve the land question. We paid a price, and the price was that the economy collapsed,” he said.

“Now the task before President Mnangagwa is to recover the economy and that is what he is doing now by re-engaging not just economically, but also politically, so that we normalise political relations.”

After Mugabe’s land reforms started in 2000, agricultural output crashed, investors fled and mass unemployment forced millions of Zimbabweans out of the country to seek work.

The Zimbabwe dollar was abandoned after being rendered worthless by hyperinflation, and the country has since used scarce US dollars alongside a little-trusted token currency known as “bond notes” introduced two years ago.

Infrastructure and health services have crumbled, and many Zimbabweans queue for hours outside banks to collect cash that is strictly rationed.

Chance of a fresh start?

But the surprise ousting of Mugabe last November after a brief military takeover generated fresh impetus to improve the economy and renewed interest in a country with large mineral and agricultural resources.

“I projected 4.5 percent growth and I consider that conservative in the light of the measures that we have taken,” Chinamasa, a former Mugabe loyalist, told AFP.

“It is very clear that we are going to achieve at least six percent growth this year (because) much of the environment which investors were complaining about has been corrected.”

The reforms, including of the unpopular indigenisation policy which forced foreign firms to cede 51 percent stakes to locals, have “generated a lot of goodwill, a lot of interest,” said Chinamasa.

“We find ourselves completely overwhelmed by the business delegations which have been visiting us. Some of them have already materialised into concrete and substantial investments, some will mature as we go along.”

Under Mugabe’s reign, Zimbabwe had turned into a pariah state shunned by many international investors and lenders.

Mnangagwa has consistently said that reviving the economy is his priority.

“What we want is access to capital — if we can get that overnight, you will see miracles being performed.

“As we re-engage, that is… our expectation, to have access to capital. If we have that, this country will lift up.”

Among the major challenges that Zimbabwe face is a public-sector wage bill that drains most of the budget, endemic corruption and large arrears to international lenders.

Mnangagwa was one of Mugabe’s closest allies during years of tainted elections when ZANU-PF was accused of violence, intimidation and fraud — but the new president has vowed to hold a clean vote.

“I do think that this election is going to surpass all standards in terms of freeness, transparency, violence-free,” said Chinamasa.

On Wednesday, the military — which ushered Mnangagwa to power when it turned against Mugabe last year — pledged to stay neutral in the vote.

The leader of the main opposition Movement for Democratic Change (MDC) Nelson Chamisa said the party would not participate in the elections if they were unfair.