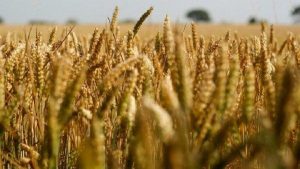 Zimbabwe faces possible shortages of biscuits and other confectionary products and the foreign currency sting continues to bite the economy. File Image: IOL

The Grain Millers Association of Zimbabwe (GMAZ) notified all millers Monday of the suspension of self-raising flour to biscuit and confectionery firms to ensure continuous supply for major bread bakers.

“Flour supplies remain critically low and it is therefore prudent that the available wheat stocks be maximised towards food security in respect of improving bread flour supplies and self-raising flour for home baking nationwide,” GMAZ chairman Tafadzwa Musarara said in a notice.

He said the suspension would be reviewed after 14 days, a period where they expect that local and imported wheat supplies would have improved.

Last Thursday, Musarara warned of another bread price hike, which he said would be caused by low wheat supply.

He said price increase could only be improbable if government acceded to GMAZ’s request for a subsidy.

“We have requested for a subsidy of $50 per tonne from government and for the bakers to get $7 million per month for them to buy other ingredients other than flour so that the bread price comes down to $1,” he said.

“We are still waiting for a response. We submitted our request just before the new Cabinet was appointed.”

Following Zimbabwe’s July 30 contentious elections which were won by President Emmerson Mnangagwa’s, prices of basic commodities have been increasing in response to the instability in the parallel foreign currency market.