Given the myriad of financial irregularities committed by the Ministry of Finance and the Reserve Bank in accruing billions of reckless debt. 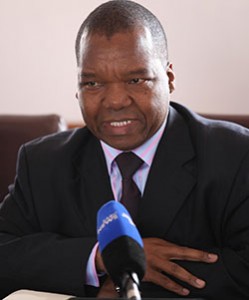 The Zimbabwe Economic Freedom Fighters demand to know where Parliament and the Public Accounts Committee was when this mass fraud was happening. Once again parliament has displayed gross incompetence by its inefficiency to hold to account the Ministry of Finance and the Reserve Bank.

The one thing that became obvious after the financial misstatements by the Finance boss and his Central Bank counterpart is that government’s insincerity in dealing with real-time issues affecting Zimbabwe’s transacting public knows no bounds.

A grievous concern is the unnecessary domestic expenditure by the Government of Zimbabwe while the masses continue to suffer the ‘crunch’ from a cocktail of measures meant to resuscitate the economy. The government borrowed way above the budget and whether this was to polish up the image of the not so new dispensation or to buy an election-running commission or appease Gucci Grace upon the passing of her mother, the bottom line is that accountability and financial discipline is key to revamping our economy.

That the new dispensation over borrowed is a clear sign that no ZANU PF dispensation new or old cannot proffer workable solutions to our financial woes therefore the Zimbabwe Economic Freedom Fighters notes the following;

The clear lack of willpower on the part of government to ease the economic life of Zimbabweans and raises the following as clear arguments to this effect.

The failure by Central Bank Governor to acknowledge the financial handicap of the Bond note to perform the intended function of easing the financial crisis being faced by the majority of Zimbabweans on a daily basis.