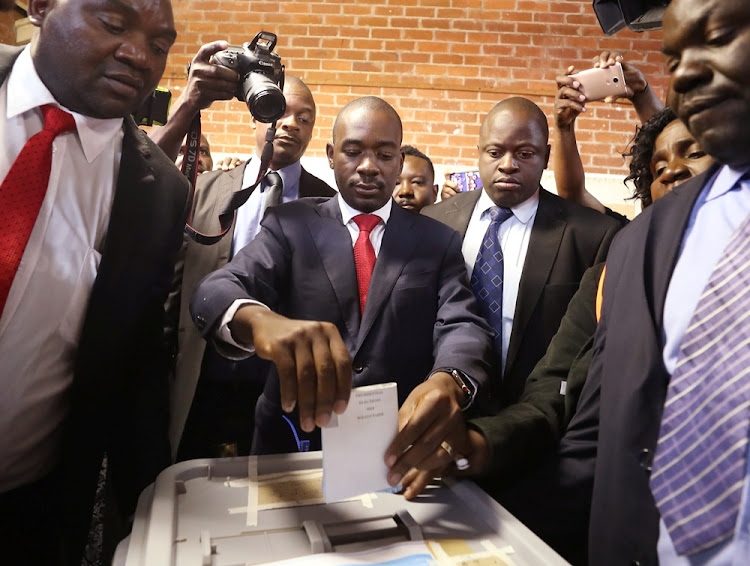 A foreign currency shortage in recent weeks has sparked the worst economic crisis with supplies of fuel, food and pharmaceuticals drying up.

“The first thing is for this nation to go on a path of a political dialogue,” said Chamisa, 40, leader of the Movement for Democratic Change (MDC) party, who claims to have won the July 30 presidential election.

“We need a national transitional authority so that we resolve this crisis,” he told a news conference in the capital Harare.

Chamisa, who lost the vote to president Emmerson Mnangagwa, said he had met religious leaders who are pushing for a political dialogue between the opposition and the president.

“We are ready to discuss,” he said, adding that he would not be a fig leaf for Mnangagwa’s government.

“We will ultimately discuss and resolve our national issues as a country,” he said, “(but) we are not ready to be forced (to) legitimise the illegitimate.”

“Our people are suffering. This economic decay is common to all,” he said.

The current shortages and price hikes have not been seen since the 2008 economic and financial crisis spiralled into hyperinflation.

Prices for many staples have more than doubled in less than a month.

“The situation in the hospitals is so shocking,” Chamisa said. “Our hospitals are sick. Sick hospitals can’t attend to sick people. Our people are dying from preventable diseases such as cholera.”

At least 50 people have died of cholera since September.

“There is an absence of leadership. The nation is orphaned, the nation is parentless,” Chamisa said.

A commission of inquiry is currently investigating the death of six people in post-election violence after soldiers opened fire on protesters who accused officials of delaying poll results.