Hundreds of lorries, vans, pick-ups and cars on Friday queued outside a local distillery to pick up consignments of Zimbabwe’s latest scarce commodity: beer. 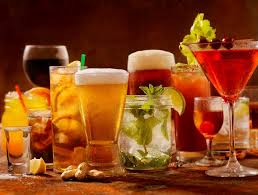 A video posted by local business news website, newZWire, showed vehicles piled high with empty plastic crates as drivers waited in the blistering heat outside one of Delta Corporation’s depots in Harare.

Since September, panic-stricken Zimbabweans have been hoarding goods from cooking oil to rice and sugar in anticipation of shortages. Supermarket fridges are empty of all but the most expensive imported or least popular local beer brands.

Supermarkets in Zimbabwe are still frantically busy although trolleys are less full. Some sections of stores are now bare – including bread sections.

On Friday the price of a standard loaf of bread went up from $1.10 to $1.40. Bakers had wanted to hike the price to as much as $2.20 because of high production costs. But the government intervened with a promise to meet most of their foreign currency requirements, according to NewsDay.

Booze queues: A long queue of retailers waits for beer outside Delta’s Southerton depot on Friday.

In its last update, Delta said while lager consumption passed record highs in the 2nd quarter, there are now “frictional shortages” due to raw material supply issues pic.twitter.com/VCnCSbyjDG