Atiku Abubakar has once again pledged to begin restructuring Nigeria within six months if elected as president in 2019. 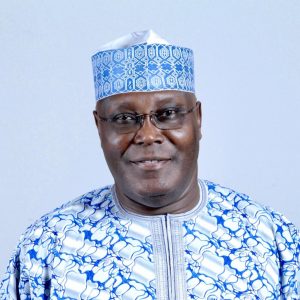 The PDP presidential candidate, at the party’s southwest rally, also promised to use his business and administrative experience to revive the nation’s economy.

Also speaking at the rally, the PDP national chairman, Uche Secondus, stated that the turnout at the event showed that people were ready for a change.

Alhaji Atiku Abubakar, the presidential candidate of the Peoples Democratic Party (PDP), has pledged that his administration will start the process of restructuring the country within six months of his inauguration.

Atiku made the pledge on Thursday, December 6, in Ibadan, during the flag off of his campaign in the southwest zone, NAN reports.

He promised to use his business and administrative experience to revive the nation’s economy.

Atiku, who noted that the people of the southwest zone were known for their educational excellence, promised to put in place, good educational policies.

Also speaking, the national chairman of the PDP, Chief Uche Secondus, expressed happiness at the turnout, saying it was an indication that the people were ready for a change.

All the National Assembly, governorship and state houses of assembly candidates of the PDP in the southwest states attended the rally.