SEKE-Zimbabwe Lawyers for Human Rights (ZLHR) has moved to stop Manyame Rural District Council from selling off land situated in a wetland to private developers, in a transaction which is opposed by villagers who use the piece of land for communal cattle grazing. 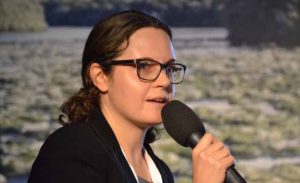 Representing Stanley Mabika, a resident of Rusirevi Village in Seke, ZLHR wrote to the Ministry of Lands, Agriculture and Rural Resettlement recently notifying the authorities of the fact that the Manyame Rural District Council has allegedly sold off communal land between Besa and Zinanga Villages in Seke in Mashonaland East province to private developers, including Patrick Zinanga and Steward Rusirevi.

“The land is not suitable for development as it is in a wetland on communal land, and is used by the community for cattle grazing and to access a cattle dip tank,” reads part of the letter written to government by Mabika’s lawyer Fiona Iliff of ZLHR.

“There has been no public notification or consultation with regard to the sale and change in land use, to which residents are strongly opposed. There are no Environment Impact Assessment Certificates or development permits for the developments. We request an urgent investigation of the unlawful developments and restoration of the land for the community,” Iliff said.

ZLHR has on several occasions urged government to put mechanisms to help protect and preserve wetlands with calls for authorities to establish a national environment council and bar land barons from allocating stands on swamps.

In a statement to commemorate World Water Day, ZLHR expressed grave concern at the continued destruction and disturbance of wetlands around the country, pointing out that this destruction and degradation of wetlands has far reaching implications on the sustained availability of groundwater, which is also heavily relied upon by many households that are not able to access municipal water. “Further, wetlands also play an important role in purifying water that passes through them, flowing towards rivers, streams and other water bodies. Wetlands are also important as they minimise the possibility of flooding of roads or fields as they trap water,” reads part of ZLHR’s statement.“Wetlands need to be maintained for the ecosystem to be preserved.

It is imperative that local authorities, and relevant government actors, and people living in Zimbabwe take relevant measures to ensure that wetlands areas are protected from developments that have recently become commonplace.”ZLHR also reminded government that as a member of the Ramsar Convention, which Zimbabwe joined on 3 May 2013, it should not pay lip service to the commitments it voluntarily made to conserve wetlands in the country.“ZLHR is particularly appalled that while the country has seven ‘Wetlands of International Importance’ some have been under attack in recent months. This is despite the commitment to ‘wisely use wetlands’ as provided in Article 2 of the Ramsar Convention.”