Zimbabwe has hiked fuel prices by approximately 150% with effect from midnight on Sunday as President Emmerson Mnangagwa's government battles with crippling shortages that have seen motorists sleep in fuel queues. 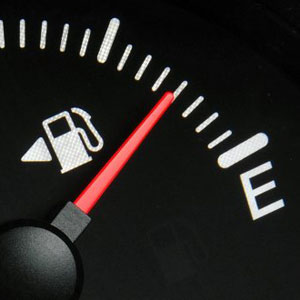 Wholesalers said last week they were losing 15% in sales revenue everyday they spend without fuel.

The new prices will thus only affect those using the local currency to buy fuel.

In rand terms or US dollar terms, the fuel price has not gone up as one still needs R43 or US$1.31 to buy a litre of petrol.

While the Zimbabwean government insists the local bond note is equivalent to the US dollar on a 1:1 ratio, on the parallel market the ratio is 1:3.2.

In announcing the new pricing regime, Mnangagwa said the new fuel prices are predicated on the need to keep fuel retailers viable.

The new price, however, only aligns fuel prices to parallel market rates as, before this, buying fuel using local bond notes meant one only needed to change USD40 cents into local bond notes to buy a litre of fuel.

Mnangagwa also announced that foreigners will have to pay in foreign exchange for their fuel.

“Guests of government, by way of foreign missions and other registered foreign bodies and tourists, will fuel and refuel at designated points at the prices of US$1.24 (about R17) per litre for diesel and US$1.32 (about R18) per litre for petrol, upon production of proper identification documents.”

He said government will also cushion business and consumers from an expected new wave of price increases for basic products and transport fares.

“Government has decided to grant a rebate to all registered businesses (in various sectors including the transport sector).”

“Given these cost mitigations and incentives, government does not expect and will not allow, business to trigger a new round of price increases,” said Mnangagwa.