The Zimbabwean government has reportedly deployed riot police in "hot spots" after the country's largest labour union called for a national strike over a sharp rise in fuel prices. 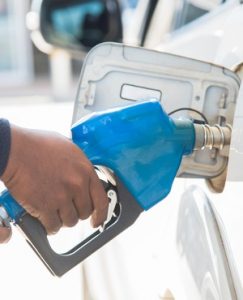 Last week the government more than doubled fuel prices to among the highest in the world, in a bid to improve supplies, as the country continued to struggle with its worst gasoline shortages in a decade, AFP reported.

In a televised address on Saturday, President Emmerson Mnangagwa said prices of petrol and diesel would more than double to tackle a shortfall caused by increased demand and “rampant” illegal trading.

Mnangagwa, who took over from longtime leader Robert Mugabe and won a disputed election last July, also announced a package of measures to help state workers after strikes by doctors and teachers over poor pay.

But many Zimbabweans criticised the move, worrying a knock-on spike in other costs would worsen an already difficult economic situation and trigger protests and strikes.

According to New Zimbabwe.com, the Zimbabwe Congress of Trade Unions (ZCTU), which represented most labour unions in the country on Sunday called for a nationwide strike.

“The ZCTU general council resolved to call for a nationwide stay-away with effect from midnight today (Sunday) following the insensitive and provocative increase of the fuel price by the president of Zimbabwe,” the ZCTU was quoted as saying.

Following this, the government reportedly announced that it was deploying police in “hot spots” to deal with the protests.

New Zimbabwe.com quoted the country’s home affairs minister Cain Mathema as urging citizens to remain calm, assuring those willing to work to do so without fear of being molested.

Meanwhile, a renowned economist John Robertson said although the fuel price increase made economic sense, it would bring about some undesired consequences such as increasing the cost of living and pushing up inflation by between 40% and 50%, according to News Day.

“There will be steep increases in other costs. Increasing prices of fuel was the right thing to do. We had a wrong exchange rate. Fuel was too cheap and people from other countries were refuelling in Zimbabwe,” Robertson was quoted as saying.