HARARE (Reuters) - The United Nations on Thursday launched an international appeal for aid for Zimbabwe following a drought that it expects to affect around a third of the population as crop yields plummet. 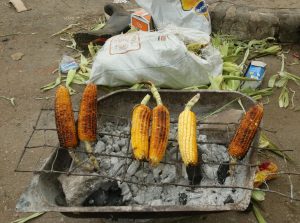 Seasonal rains have been patchy at best, hitting the harvest of the staple maize crop and deepening an economic crisis marked by an acute dollar crunch that has already led to shortages of medicines, fuel and food.

The UN was seeking $234 million in emergency aid in response, its Under Secretary General for Humanitarian Affairs and Emergency Relief Mark Lowcock told reporters in Harare.

Farmers groups say the maize harvest, which starts in April, may be less than 1 million tonnes compared with 1.7 million in 2018, and the UN estimated on Tuesday that 5.3 million Zimbabweans would require aid.

Zimbabwe’s annual maize consumption is 1.8 million tonnes and the Ministry of Agriculture said it is still assessing the extent of the drought, while Finance Minister Mthuli Ncube said the country has 500,000 tonnes in a strategic reserve.

After a meeting with President Emmerson Mnangagwa, Lowcock said he would officially launch the appeal later on Thursday.

As well as trying to resolve an economic crisis, Mnangagwa is struggling to maintain control over security forces following brutal crackdowns against anti-government protests that carried reminders of the regime of long-time leader Robert Mugabe.