Zimbabwe has shown no improvement in curbing corruption. That’s according to the latest Corruption Perceptions Index compiled for the 2018 year. The Index rates Zimbabwe with a score of 22, the same as the year before. 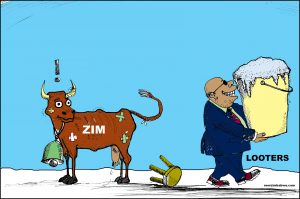 The New dispensation has showed no efforts to fight corruption.

The 2018 Corruption Perception Index, a global index that measures the level of corruption across the world, was released Tuesday by Transparency International. The Index uses a scale of 0 to 100, where 0 is highly corrupt and 100 is very clean. More than two-thirds of countries score below 50 on this year’s CPI, with an average score of just 43.

In Africa, Seychelles was the least with a score of 66, Botswana, which scored 61, and Cabo Verde, which scored 57. Namibia completes the top five.

Transparency International also called for supporting a free and independent media and ensuring the safety of journalist and their ability to work without intimidation or harassment.