Novuyo Rosa Tshuma’s “House of Stone” uses a young man’s search for his personal ancestry as a way of unearthing hidden aspects of his country’s violent past.

Zamani, the narrator of Novuyo Rosa Tshuma’s remarkable first novel, “House of Stone,” has a troubled relationship with the past. For him there is history, and then there is “hi-story,” a subtle but important distinction for a man who wants more than the incomplete, fragmentary tale his uncle passed on to him before dying.

As an orphan born in the violent aftermath of Zimbabwe’s war for independence, Zamani sees the past as riddled with loss and impossible-to-bear gaps and silences that he must “powder away” in order to reinvent himself.

The path Zamani takes as he constructs a new “hi-story” is a circuitous one. If he were an ordinary narrator, he would most likely mine and interrogate memories and photographs to construct the narrative he wants. Zamani, however, is anything but ordinary; when we first meet him he has already woven himself into the fabric of another family, the Mlambos, whose son, Bukhosi, has mysteriously disappeared.

Zamani lives on the Mlambos’ property as a lodger in what he refers to as a “pygmy room.” Following Bukhosi’s disappearance he draws closer to the grieving parents, Abednego and Mamma Agnes, perversely referring to them as his surrogate mother and father and doing his best to fill the void left by their missing son. And yet, to be more than just a lodger Zamani needs intimate access to Abednego and Mamma Agnes’s past, from their childhood memories of colonial Rhodesia to the buried, unspoken tragedies of their lives during Gukurahundi — the post-independence strategy of ethnic cleansing that began under President Robert Mugabe.

Gaining access to that history of profound loss is far from easy. The past is reluctant to give up its ghosts, so Zamani must coax them out, first from Abednego and later from Mamma Agnes. He does so through subtle manipulation and, when that isn’t enough, force and ultimately fear. 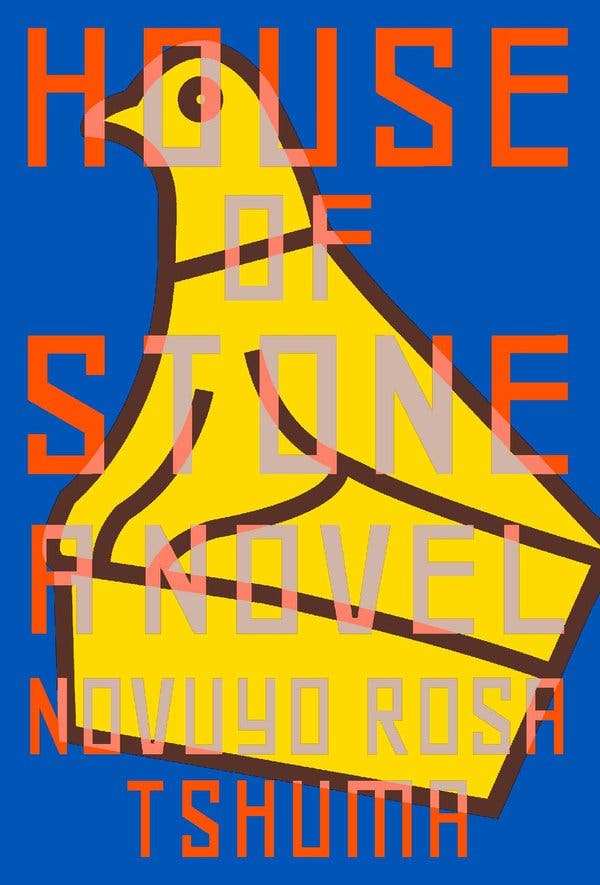 In one of the novel’s more haunting scenes, Zamani, in order to learn more of his surrogate father’s life, pours glass after glass down the recovering alcoholic’s throat, nearly drowning him in Scotch. With Abednego all but passed out, Zamani leans in close for a selfie. It’s torture masquerading as affection and belongs as much to the brutal “fact-finding” methods of the colonial and postcolonial era as to our own era of state-sanctioned violence.

Zamani’s actions and ambitions carry an obviously colonial overtone. Zamani, however, is too rich and complicated a character to be reduced to any single metaphor or symbol.

He is elusive and conniving, earnest and manipulative, brutal and desperate. In his excess, he has more in common with Saleem Sinai, the narrator of Salman Rushdie’s classic “Midnight’s Children,” than he does with the orphan Pip of “Great Expectations.” He refers to Wittgenstein on history and in his usurpation of facts and stories resembles Charles Kinbote in Vladimir Nabokov’s “Pale Fire.”

Tshuma’s brilliant layering of competing images and metaphors is one of the many marvels of this wise and demanding novel. While Zamani may claim, over and over, that what he’s seeking is a full accounting of history at the most intimate level, the stories that are slowly and painfully revealed suggest that something far more complicated is at work.

Zamani, like Zimbabwe, is a product not only of independence but of the Gukurahundi massacres and the decades of cover-up that followed. We remember the liberation as heroic and say little to nothing about the dead left in its wake. Throughout this stunning novel a single question is repeated by the ghost of the missing Bukhosi: What happened?

Tshuma’s novel gives a devastating answer to that question, but it does much more than that. Zamani’s radical retelling of the past is a sublime performance of narrative possibilities — presented with an excess of love and violence that at times is almost too much to bear. As Zamani extracts the past, he bends and manipulates it for his own needs. He consumes the private histories of Abednego and Mamma Agnes, leaving a trail of devastation behind him.

It’s a remarkable feat. Through Zamani, Tshuma shows us how much work it takes to efface the past, and, through “House of Stone,” she proves that those efforts are no match for a novel as ambitious and ingenious as this one.