Foreign investors on the Zimbabwe Stock Exchange are likely to take a huge foreign exchange loss on their investments, but at least they can now have their money back following a new directive by the Reserve Bank of Zimbabwe (RBZ) for commercial banks to prioritise 15% of all foreign payments towards disinvestment by portfolio investors on the ZSE. 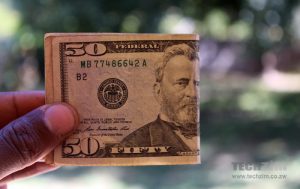 For years, foreign investors on the ZSE have been struggling to take out their investments – now amounting to more than $120m – out of Zimbabwe, but the latest move by the RBZ should come as a huge relief.

In an exchange control circular released on Friday, the RBZ said commercial banks must prioritise 15% of all foreign currency payments toward disinvestment by portfolio investors on the ZSE.

While the latest directive from the RBZ must come as welcome news from foreign investors whose funds were locked in Zimbabwe, they will, however, have to deal with foreign exchange losses, as their holdings are no longer at a 1:1 with the Zimbabwe currency, but at a new market rate as determined by the new market driven foreign currency trading system.

An investor who invested US$1 000 will now only be able to repatriate approximately US$400, a 60% reduction.

Of late, investors have been using the fungible Old Mutual stock to repatriate locked funds from Zimbabwe.

But this is now set to change as the RBZ has revised guidelines on utilisation of foreign exchange to accommodate remittance of disinvestment proceeds from sale of shares on the ZSE.

According to the central bank’s latest directive to banks, proceeds from the sale of shares done before 20 February, can now be processed through the interbank market, the official market for foreign currency trading.

According to the directive, those that seek to repatriate the full value of their investments, should first register such balances with their administering Authorised Dealers as part of the legacy debt and foreign liabilities, after which they will expunge their debts through the interbank market.

Authorised Dealers are also advised that new portfolio investment inflows received after 20 February 2019, should be liquidated at the prevailing market exchange rate to enable the purchase of the shares in RTGS dollars.

According to the directive, thereafter, proceeds from sale of such shares will be sourced from the interbank market at the prevailing exchange rate.

But because of the potential exchange losses, the RBZ has since directed Custodial Banks to first obtain the mandate from their clients to participate on the interbank foreign exchange market at prevailing rates which are no longer at par with when they invested.