According to a recent emergency appeal from the United Nations, around 5.3 million people in Zimbabwe are estimated to be in need of urgent humanitarian assistance. 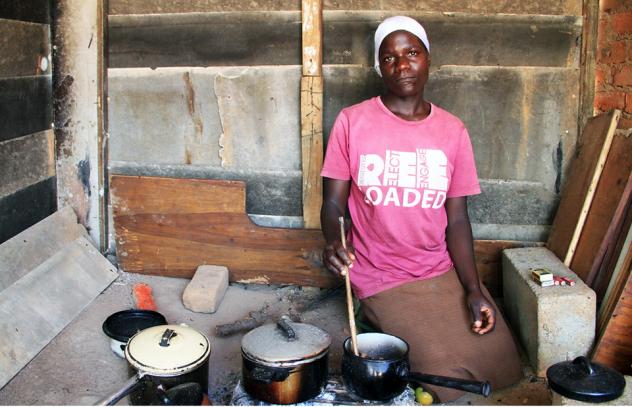 The ongoing economic crisis, compounded by erratic weather conditions in recent years, has led to increased food insecurity and a lack of access to basic essential services, including health care. The appeal is requesting a total of US$ 234 million, including US$ 37.4 million for urgent health needs, to help 2.2 million of the worst affected. The appeal aims to complement Zimbabwe’s ongoing and planned programmes.

Erratic weather conditions, including late onset of rains and below-average rainfall, are affecting farmers and pastoralists across southern Africa, including Zimbabwe. This in a region where agriculturalists are still recovering from a severe El Niño induced drought in 2015/2016. Unpredictable rainfall patterns and a lack of pasture has weakened livestock and outbreaks of crop pests and livestock diseases are prevalent in many districts.

The deteriorating humanitarian situation and the country’s worsening economic circumstances, including currency volatility, are adding to an already difficult situation for Zimbabwe’s 1.3 million people living with HIV.

Household food insecurity and limited access to hygiene, sanitation and water can have a disproportionate impact on people living with HIV. HIV medication should not be taken on an empty stomach. Attacks of severe diarrhoea, cholera or other gastrointestinal infections can accelerate progression to serious AIDS-related illnesses if left untreated. In 2018, Zimbabwe recorded its second biggest cholera outbreak in its recent history. The country is also facing thousands of cases of typhoid fever.

Meanwhile, the lack of access to foreign exchange has significantly reduced stocks of essential medicines, diagnostics and other medical supplies. Some private pharmaceutical suppliers now only accept United States dollars and their prices have dramatically increased. In these circumstances, many people, including people living with conditions such as HIV and tuberculosis, are unable to pay for medicines and basic health services. Where clinics do have availability, many people cannot afford the cost of transport. Lack of adherence to treatment puts patients’ health at risk and may lead to drug resistance.

The fragile situation in Zimbabwe also increases the risk of HIV infection, especially for women and girls, refugees and the internally displaced. During periods of humanitarian emergency, where populations are on the move, girls are particularly vulnerable to family separation, early marriage, teenage pregnancy, gender-based violence and extreme coping mechanisms, including transactional sex.

“UNAIDS is very concerned about the worsening humanitarian situation in Zimbabwe, where people living with HIV are disproportionately affected by food insecurity and shortages of essential medicines,” said UNAIDS Executive Director, Michel Sidibé. “UNAIDS stands ready to work with all national and international partners to ensure that we mitigate the effects of the current situation so that people can access essential services, including HIV treatment and prevention services.”