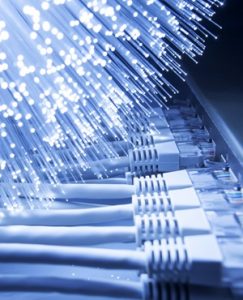 Zimbabwe is working on bundling together two of its state-owned telcos to make them attractive to would-be investors, particularly from South Africa, Finance and Economic Development Minister Mthuli Ncube told a media briefing recently.

The Zimbabwean government, as part of lessening the burden on its coffers, is looking at selling a significant stake in the two state-owned telcos, namely mobile network provider NetOne and fixed and broadband network provider TelOne.

South African telcos Telkom and MTN have reportedly previously expressed interest in the two Zimbabwean companies, but nothing concrete followed.

“If these entities (Telkom and MTN) are still interested – and we will approach them by the way and let them know – then they have a much bigger asset to compete for in the form of the two assets together, as opposed to a TelOne or NetOne, which was the case before. But there will be other suitors that we will invite,” said Ncube.

The two entities will be offered as a joint package, with Ncube saying this is “the way to go”.

“They are joined at the hip and they are best working together. It is a joint offering to an investor. Government will get better value for money if these are offloaded together as a package,” he said.

“We would set up a SPV, which could then take 100% of the equity in the two entities. (The two) would be both held by this SPV, and then the shares are sold at SPV level. You don’t have to do anything about merging operations,” Ncube said.

According to Ncube, the plan is to sell a 60% shareholding in the combined entity.

“As we do so, we think that government should not have less than 40% equity in the two companies,” he said.

In terms of timelines, he said government should have identified investors by September.

Mobile penetration in Zimbabwe stands at 93.1%, while internet penetration has reached 62.9%, according to the 2018 fourth quarter report released Wednesday morning by regulator the Postal and Telecommunication Regulatory Authority of Zimbabwe.