While Zimbabwe’s central bank is trying to make the case for a respectable value for its three-month old currency the Zimbabwean Real Time Gross Settlement (RTGs) dollars against the US dollar, local mobile operators are showing the RTGs’ true value in, well, real time. 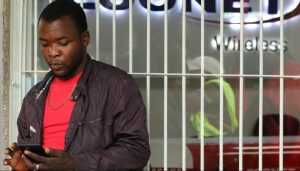 Early this year the southern African nation central banker John Mangudya introduced a new currency RTGs dollars and soon moved away from his initial position that the value was 1:1 with the US dollar by liberalizing trading of the dollar and RTGS at an interbank rate of 1:2.5.

This has forced an increase in prices of basic commodities including bread, fuel, and local staple foods depending on the actual rate of RTGs dollar against the US dollar at black market rates where it is trading at 1:4.2.

But perhaps because of a long history of inflation with fuel and food, a hike in mobile internet prices among Zimbabwe’s nearly 9 million internet users has generated much more furor and consternation.

Over the last few weeks as currency uncertainty has mounted, Zimbabwe’s mobile operators—part of one of the few stable and growing industries in a struggling economy—have had to take matters into their own hands. Econet, Netone and Telecel all hiked their data tariffs to keep up with the benchmark US dollar as the RTGs dollar value keeps falling .

On Apr. 30, Econet Wireless, the country’s biggest operator, introduced an internet data package called “data bouquet” which came with price increases of 250%, which set off customer protests on social media. It was following in the wake of its smaller rivals who had already introduced price increases days earlier.

An Econet Wireless spokesman said the adjustment of the telco’s data prices was in response to the rise in direct costs for telcos in the country and the rise in the cost of doing business in Zimbabwe. He blamed “the devaluation of the local currency by over 300%, the three-fold increase in fuel prices, the high cost of debt and the scarcity of vital foreign exchange” for the need to raise prices.

Without adequate foreign currency reserves, meaningful foreign direct investment and lines of credit in Zimbabwe’s economy, the RTGs dollar was always expected to struggle against the US dollar. Apart from currency reserves, confidence in the new currency remains very low owing largely to policy inconsistencies on the part of president Emmerson Mnangagwa’s government and the country’s recent history over the last decade that has seen the value of deposits and savings being decimated at the height of hyperinflation.

“The actual average cost of mobile data in US dollar terms is around $15 to $20 which translates to between RTGs$45 to RTGs$70 depending on the value of the exchange rate use,” according to Media Institute of Southern Africa-Zimbabwe Chapter.

Local regulator Postal and Telecommunications Regulatory Authority of Zimbabwe (POTRAZ) says mobile network operators could legally charge up to 0.05 RTGs cents per megabyte or RTGS$50 per gigabyte before tax.

Zimbabwe’s second biggest mobile operator Netone also hiked its data tariffs to match with the US$:RTGs rate with its popular one fusion for RTGs$10 offering just 180 MB of data. Netone said it price increases have been approved and regulated by Potraz.