Delta Corp., Zimbabwe’s biggest company by market value, is bracing for cash-strapped consumers to spend less on its beverages in the months ahead. 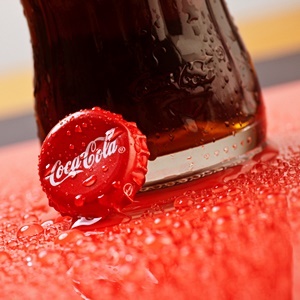 The manufacturer of Zambezi Lager beer and Coca-Cola Co. sodas is already grappling with foreign-exchange shortages that are crimping its ability to procure raw materials and service debt. Demand for its products is also being constrained by an inflation rate at 75.9% — the highest in a decade.

The company will seek the assistance of Anheuser-Busch InBev SA/NV, which has a 40% stake in Delta, to obtain inputs for its beer business, Chief Executive Officer Pearson Gowero said in an interview in the capital, Harare. There’s little Delta can do to stoke demand, he said

“We are in for a very long winter,” Gowero said.

Zimbabwe’s government is struggling to revive an economy wrecked by the misrule of former President Robert Mugabe. Finance Minister Mthuli Ncube told lawmakers on Wednesday output will be hampered this year by a drought that’s curbed hydropower output, leading to regular outages, and shortages of gasoline.

The International Monetary Fund forecast last month that Zimbabwe’s economy will shrink 5.2% this year, its first contraction since 2008.

Delta this week reported a 62% increase in annual profit, as revenue grew 26%. It achieved the results despite its soda division being “virtually closed” in the fourth quarter of 2018 because of a shortage of raw materials.

“The reduced disposable income and difficult operating environment has resulted in subdued trading at the front end of the new year,” it said.