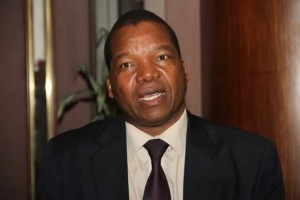 The central bank denied it was in arrears with the company.

The 2017 ouster of Zimbabwe’s longtime ruler Robert Mugabe had raised hopes for an end to decades of hardship but depleted foreign exchange reserves have paralysed many companies’ operations and hindered efforts to repatriate profits.

Miners sell all their output to the central bank’s subsidiary Fidelity Printers and Refiners, which then exports the gold.

Metallon said the Reserve Bank of Zimbabwe (RBZ) had since 2016 breached its own policy of paying a portion of value of the purchased gold in U.S. dollars.

In a letter from its lawyers to the RBZ and Fidelity Printers and Refiners, the company said those proceeds were instead paid in electronic dollars known locally as RTGS or “Zollars.”

Zollars officially traded at par with the U.S. dollar but their value collapsed on the black market.

“Our client received short payments which left a balance owing at the end of each transaction,” the letter said. “This shortfall arises directly as a result of our client being paid in RTGS currency as opposed to being paid in USD.”

“I have not seen the letter from Metallon but the long and short of it is that we don’t owe them any money,” he said.

Khumalo said the currency issue had stifled output from Metallon’s four mines in Zimbabwe and led to job losses. He said the company would take legal action, possibly in a jurisdiction outside Zimbabwe, if it did not receive a satisfactory response within 60 days.

Metallon is not the only miner affected by the dollar shortage.

RioZim, which also said the RBZ had failed to pay it in dollars, last year sued the central bank for $92 million. It was forced to temporarily shutter its mines, but in February it said the arrears had been cleared, allowing it to resume operations. (Reporting by Joe Bavier Additional reporting by MacDonald Dzirutwe in Harare; editing by Emelia Sithole-Matarise)