Standard Chartered Plc is migrating some of its operations from Zimbabwe to China, India and Malaysia, resulting in job losses in the crisis-hit southern African nation. 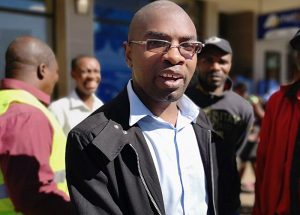 As part of the process, the Harare-based unit has so far cut 20 jobs, according to a circular sent to staff that was seen by Bloomberg and confirmed by Lillian Hapanyengwi, the head of corporate affairs at Standard Chartered Bank Zimbabwe Ltd. Outsourcing some activities to the parent’s global business services division is aimed at trimming costs as more customers embrace digital banking, Hapanyengwi said in an email.

The lender will aim to “redeploy impacted staff wherever possible,” she said, adding the company has 384 employees in Zimbabwe.

Peter Mutasa, president of the Zimbabwe Congress of Trade Unions, said other nations are benefiting at the expense of locals. Zimbabwe is struggling with shortages of bread, fuel and foreign currency, as well as inflation that reached 67 percent in March.