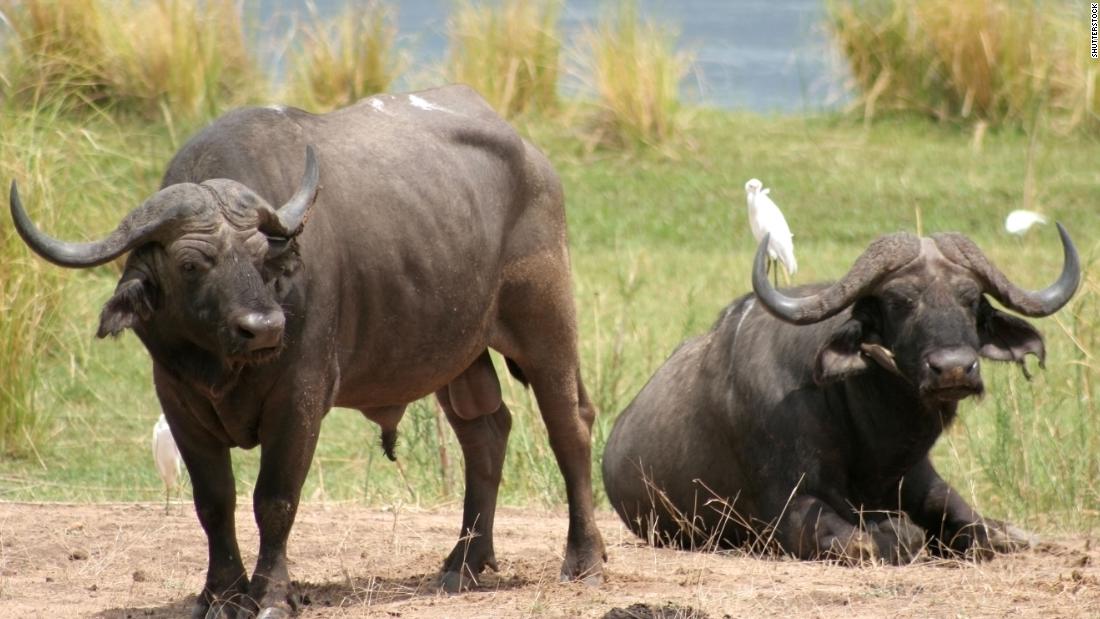 (CNN)The Zimbabwe Parks and Wildlife Management Authority has lifted a ban on hunting buffaloes with bows and arrows in a bid to boost tourism and revenue.

“ZimParks has relaxed conditions relating to the hunting of buffaloes by allowing the use of specific bows and arrows as part of efforts to diversify options for professional hunters and boost revenue from the sport,” the authority said in a statement.
Zimbabwe has been at the center of several contentious high-profile hunting incidents.
In 2015, the killing of Cecil the lion outside of a Zimbabwean national park sparked international outrage. Cecil, a large black-maned lion, was a well-known animal in a monitoring program and was killed by an American dentist on a hunting trip after he wandered beyond the park’s protected boundaries.
According to Oxford University biologist Dr. Andrew Loveridge, the lion suffered slowly after being shot by an arrow.
The slaying of Cecil the lion sparked international outcry
Zimbabwe has been capitalizing on its wildlife as a source of revenue. Earlier this year, CNN reported that the country made $2.7 million from the sale of more than 90 elephants to China and Dubai. The Parks and Wildlife Management Authority said that the money raised from the sale would be used to fund conservation efforts.
Hunting is regulated in Zimbabwe and authorities can issue permits for hunting wildlife with dogs, bows and arrows and hand guns on private land. Permits have also been issued to safari operators to hunt big game such as buffaloes, lions, elephants and leopards on state land.
Safari operators told CNN that the ban on the use of bows and arrows for buffaloes was lifted after numerous experimental hunts were conducted and assessed.
Emmanuel Fundira, president of the Safari Operators Association of Zimbabwe, said: “It is not a case of turning up and saying, ‘Look I want to go on a buffalo hunt now.’ They would need a special permit for that.”
Fundira added that the demand for bow and arrow hunting was driven by tourists.
“The traditional hunting habits in Africa have been to use methods such as bow and arrow, before the advent of ammunition, of rifles and guns. Hunting enthusiasts who are coming out into Africa are trying to replicate the same type of experience that our forefathers enjoyed in the bush.
“Hunting occurs all over — it occurs in the UK, Europe, and America. There is an economic benefit that comes from it. It is an income that is needed for funding conservation, and for communities.”
Conservationists have advised that hunting in southern Africa can help with wildlife recovery efforts in the region.
“Hunting is really controversial and it is very hard to get a clear picture of it but overall from a conservation perspective the evidence is clear,” said Dr. Dilys Roe, chair of the Sustainable Use and Livelihoods Specialist Group at the International Union for Conservation of Nature. “When hunting is done properly, when it is well regulated, the overwhelming evidence is that it is good for conservation and it can result in recovery of key species such as lions, elephants and rhinos.”
She told CNN: “There are bad practices and unscrupulous operators and it is true that in some sites where hunting is not managed properly it has caused problems for conservation, but on a species level it isn’t a major threat to any of the species that are of concern.
“A lot of the land that is used for conservation in southern Africa is only there because of hunting and provides habitat not just for the hunted species but also for a lot of the species that live there.”
Post published in: Business