The Crisis in Zimbabwe Coalition notes with great concern the decision by central government to reintroduce the Zimbabwe Dollar without returning to economic fundamentals. 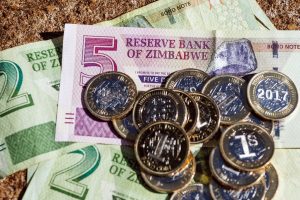 While we are conversant that the motivations to reintroduce the Zimbabwe Dollar stem from hyperinflation and the exchange rate collapse, we restate our long-held position that a return of the Zimbabwe Dollar without being backed by a return to economic fundamentals is disastrous and will only further drain the little confidence there may exist in the financial services sector.

We further caution that the move will continue to scare potential investors and create an uncapped inflation within a few months simply because Zimbabwe isn’t producing. Ambushing citizens and corporates with ill-timed changes to the tender regulations has and will always be recipe for disaster. As a global norm, the introduction of a fiatcurrency should be underlined by the following:

a) Perception Management:A strong commitment by the central bank together with the government to take the steps needed to ensure that the new currency is perceived as stable by companies, the general public, and the international community. We posit that if a country is suffering from hyperinflation, its macroeconomic policies to date by definition are unsound. Currency reform alone is unlikely to resolve such problems and will yield its benefits only if underpinned by fiscal and monetary action.

b) Macroeconomic Stability:Sound macroeconomic policies and strong financial services sector legislation should ideally be in place or at minimum under way. At the nerve centre of Zimbabwe’s economic malaise has been low productive capacity from the supply side of the economy, massive de-industrialization, informalisation, low economic growth rates, unemployment, poverty, poor social services, poor revenue inflows and a domestic debt that balloned to close to US$10 billion.

c) Logistical Preparations and Feasibility Tests:Careful preparation is required, setting up the policies and processes behind the currency reform and drafting a detailed budget for the entire currency reform process which also includes conversion of existing national and local budgets valued against the new currency

d) Public Education:Important as all these preconditions are, the success of a currency reform depends just as much on a successful public education campaign. The central bank needs to coordinate this campaign with other agencies, financial sector representatives, merchants, and the general public.

Macro-economic stability that is pro-poor, inclusive and human–centered with increased fiscal space, a high degree of competitiveness, a healthy environment for domestic and foreign investment, a strong export economy and high degrees of innovative capability will take Zimbabwe forward. We continue to implore the government to seriously consider the following:

1) Progressive and consistent consultation with citizens and stakeholders in the development and adoption of key policy changes and reforms.

3) Policy predictability and consistence is key in trust building and restoring confidence in the economy.

5) Immediately begin an inclusive national dialogue that addresses all key reforms that may be deemed necessary steps in redirecting the country towards sustainable democratic development. We maintain our position that the current POLAD is a far cry from the envisaged dialogue process and inconsequential in delivering the necessary reform path to rescue the country from total collapse.

We remained further worried that the policy trajectory taken by central government to prematurely reintroduce the Zimbabwe Dollar further threatens social stability in Zimbabwe in an already volatile environment and urge government to take corrective measures.