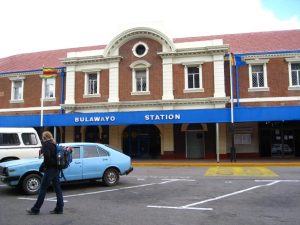 Transport and Infrastructure Development Minister Joel Biggie Matiza, in a speech read on his behalf by his human resources director, Mr Andrew Murungweni, congratulated Mrs Moyo on her appointment and said he believed this was the first time in SARA’s 23 year history that it had a woman at its helm.

The Minister emphasised the importance of the region’s railways and their potential to improve the regional competitiveness of the Southern African Development Community (SADC), given their suitability for transporting the bulk products which characterised the region’s economies.

“The connectivity that exists among SADC railways provides opportunities for cooperation among the operators to provide cost effective and seamless rail transport services, as dictated by the SADC Protocol on Transport, Communications and Meteorology,” he said.

He said the demands on the economies of the region’s nations, as developing countries, required more than ever before efficient rail transport delivery systems.

Zimbabwe, he said, upholds the railway sector as a national and regionally strategic mode of transport, especially given its geographic position and the fact that most of the SADC regional railway corridors pass through Zimbabwe.

“We recognise that railways have the requisite design capacity to facilitate movement of the volumes of strategic cargo being transported and traded through all ports in the SADC region.

“We also recognise that industry impacts on the wholesale and retail pricing of our commodities, prices of manufacturing, agricultural and mining inputs, as well as on the competitiveness of our exports on the global market,” he said.

Emphasising the importance of regional integration, he said the ultimate objectives of SADC infrastructure development initiatives were to boost traffic and the carrying capacity of surface transport networks, reduce transport and communication costs and improve transport reliability and efficiency within the region.

However, he said the performance of railways had been a major concern for governments, customers and the general public.

Lack of capacity coupled with inefficiencies had contributed to a significant decline in the railways’ market share, to the detriment of regional economies.

“With efficient railway services, we expect our regional economies to enjoy benefits of reduced product prices to the consumer as well as an increased and reliable supply of production inputs for our economic sectors,” he said.

He added that these benefits would lead to increased export income from extractive sectors such as mining and enhanced regional market integration through uninterrupted logistical connectivity to coastal ports.

He acknowledged that the rail industry in the region suffered from a huge backlog in maintenance and rehabilitation of infrastructure as well as construction of new strategic links, which required significant capital investment.

“The mining developments, the growing agricultural market, the increasing trade of bulk retail and commercial products, amongst other reasons, create an increasing demand for efficient railway services,” he said.

He said SADC governments were aware of the capacity related challenges confronting railways, including ageing infrastructure and equipment, lack of funding for rail infrastructure, insufficient capacity to meet growing demand, theft and vandalism of railway infrastructure.

However, he said they were convinced railways could nevertheless do better with their current resources.

He said that going through the board meeting’s agenda, he considered the association’s real challenge was the disjointed regional railway operations.

“The interconnectivity of the regional railways can only be optimised as an opportunity for enhanced trade logistics, if we have harmonised operations,” he said, adding that the challenges that the board’s members, who represent railways throughout the region, faced were not insurmountable.

The different railways were also working on standardising operational systems and infrastructure.

The challenge was the delays in crossing from one jurisdiction to another. The association would like to see governments in the region coming up with a policy that would allow a seamless crossing of borders.