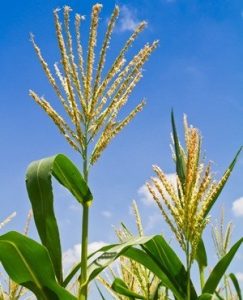 The country’s Grain Marketing Board will float an international tender to import 750 000 tons of the grain, Joseph Gondo, chief director of Zimbabwe’s agriculture ministry, said by phone from Harare. Gondo declined to provide a timeframe for the tender, though he said the paperwork has been completed.

That amount would mark Zimbabwe’s largest corn imports in a season in three years, according to US Department of Agriculture data. It also comes amid surging global corn prices as relentless rains roil US grain plantings, signaling rising costs for importers.

Zimbabwe’s corn crop is expected to plummet 54% this year amid drought and after Cyclone Idai damaged crops in some provinces, according to the Agriculture Ministry. In March, a government official said the nation had seven months of grain reserves, including corn, and must begin imports to offset a potential deficit.

Neighbouring nations, including SA, have also seen harvests curbed by dryness. The bulk of the country’s corn use is for human consumption, mainly from white corn. That signals that Mexico and the US may be among the suppliers in the tender, said Wandile Sihlobo, chief economist at South Africa’s Agricultural Business Chamber. South Africa may have some grain available, and Ukraine could be a supplier if the nation sources yellow corn, he said.