Former Zimbabwe national team goalkeeper Bruce Grobbelaar is one of the country’s greatest ever football players.

Former Zimbabwe national team goalkeeper Bruce Grobbelaar is one of the country’s greatest ever football players. Grobbelaar, who moved to Zimbabwe as a child and played much of his youth football there, became a legendary Liverpool goalkeeper in the 1980s. Liverpool won their sixth Champions League title last term and will hope to repeat the feat when the new season kicks off. Football supporters can follow the Reds and the Champions League with the Pointsbet promo code and bet on the teams they believe will win. 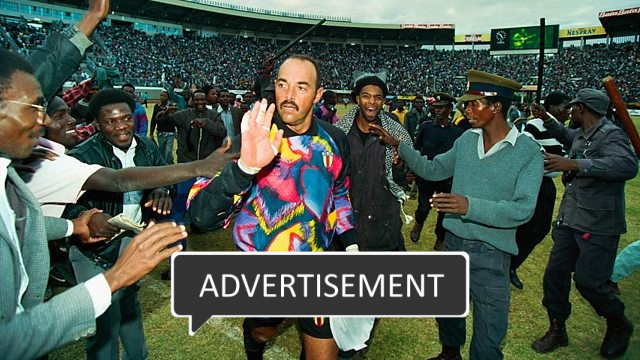 Grobbelaar won a handful of trophies in goal for Liverpool including a famous European Cup. The former Zimbabwe national team goalkeeper had a memorable career with some unforgettable moments.

Grobbelaar played his first match in Liverpool red on Saturday, the 29th of August 1981. The goalkeeper had arrived from Vancouver Whitecaps in a day of players joining top teams from out of nowhere.

The shot-stopper took over in net from Ray Clemence who made a shock transfer to Tottenham Hotspur. Although Liverpool ultimately lost Grobbelaar’s debut to Wolverhampton Wanderers 1-0, the goalkeeper made enough of an impression on manager Bob Paisley that he was in the side every match from then on.

Grobbelaar played 317 consecutive matches for Liverpool at the Premier League following his debut and didn’t sit out a game until 1986.

Grobbelaar was brilliant in Liverpool’s 1986 FA Cup Final win over Everton, 3-1. The Reds were at the height of their powers and would soon be on the downward slope.

The goalkeeper came up with some big saves on the day to keep Everton out of the goal. His most impressive came from a poor Alan Hansen headed back to pass. Grobbelaar was forced to scramble back toward his line and make a “kangaroo” leap to bat the ball over the crossbar.

Had he not made the save, Everton would have taken a 2-1 lead and possibly won the FA Cup. 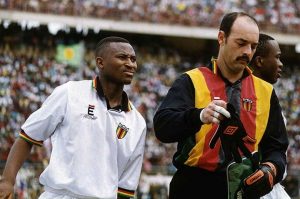 Zimbabwe has never qualified for the FIFA World Cup, but they nearly made the tournament in 1994. Grobbelaar was in goal for the Warriors and led the team from the back with his stellar goalkeeping.

Despite being in his late 30s during qualification, Grobbelaar put in some inspired performances. None were as good as his clean sheet against Egypt in a nil-nil match re-played due to fans pelting the pitch with objects in the original game.

Zimbabwe would end qualifying just short of making the World Cup. It still stands as the national team’s best performance from its golden generation.

Grobbelaar’s most famous moment in a Liverpool shirt came in the 1984 European Cup Final against Roma. The fixture ended after 180 minutes with the two European superpowers level at one goal apiece.

After missing their first penalty of the shootout, Liverpool needed Grobbelaar to step up, which he did. The goalkeeper’s wobbly knees and spaghetti legs during Francesco Graziani’s set-up of the ball put off the Roma player. He skied his penalty over the crossbar allowing Liverpool to win the shootout 4-2.