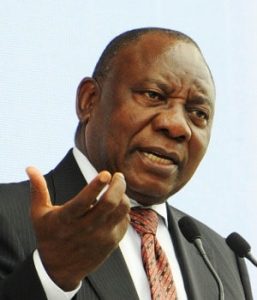 President Cyril Ramaphosa has said he will discuss Zimbabwe’s energy woes with Eskom, adding that boosting the supply of electricity to SA’s northern neighbour requires a “balancing act”.

The president was speaking on the sidelines of the 12th Extraordinary Summit on the Continental Free Trade Area in Niger, after discussions with his Zimbabwean counterpart, President Emmerson Mnangagwa.

In an interview with the state broadcaster the Zimbabwe Broadcasting Corporation, Ramaphosa said he had had a “wonderful meeting” with Mnangagwa. He said one of the issues discussed was energy.

“They [Zimbabwe] have been going through a massive drought and as a result they need energy and obviously they would like South Africa to support. President Mnangagwa requested for further support and this is the type of thing that we are going to discuss with Eskom,” he said.

Ramaphosa said the fortunes of SA’s struggling power utility and energy supply in the Southern African Development Community were linked.

“Therefore as we go through our own challenges we have to do a balancing act to see how best we are able to support them but at the same time look after our own interests,” he said.

Zimbabwe is facing a shortfall of about 600 MW of electricity and load shedding can cause power to be out for as long as 24 hours in some places.

Zimbabwe, meanwhile, is also having talks with Mozambique on increasing imports of electricity.