The South African National Defence Force (SANDF) has deployed over 100 engineers to Zimbabwe to assist with fixing damage from Cyclone Idai, which struck the region earlier this year. 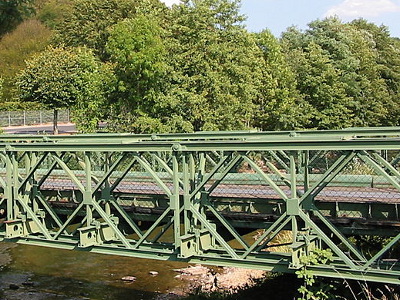 Zimbabwean media report that 118 engineers arrived in Zimbabwe on 22 July, where they began engaging in reconstruction in the Chimanimani and Chipinge districts.

The Zimbabwe National Army on 23 July issued a statement stating that “South Africa has honoured its pledge to assist Zimbabwe in the reconstruction of destroyed road infrastructure in Chimanimani after the devastating Cyclone Idai disaster.

“The South African National Defence Force engineers arrived at Kopa in Chimanimani on Monday 22 July 2019 to fulfil the pledge that was made by that country’s Minister of International Relations and Cooperation, Cde Lindiwe Sisulu to assist Zimbabwe in rehabilitating road infrastructure in Chimanimani destroyed by Cyclone Idai.

“The SANDF engineers will be working closely together with their Zimbabwe National Army counterparts. The South Africans will be in the country until they finish the prioritised projects in Chipinge and Chimanimani districts respectively.”

Deployment leader Lieutenant Colonel Delnot Njoko told ZBC News that the SANDF personnel would be in Zimbabwe for a period of 23 weeks. “We are not here for war, we are here to assist our counterparts in the reconstruction of two bridges here in Chimanimani,” said.

The intention is to rebuild roads and bridges before the next rainy season towards the end of the year. The Zimbabwe National Army said the South African engineers would be constructing Bailey bridges across rivers, including the Rusitu and Nyahode Rivers.

Cyclone Idai hit Zimbabwe, Mozambique and Malawi in the middle of March this year. Approximately 600 people were killed in Zimbabwe and 270 000 affected.

Heavy rains fell across much of eastern Zimbabwe as the cyclone hit, with the heaviest rains falling in the Chimanimani District. Widespread flash flooding claimed hundreds of lives and caused extensive damage, with the Nyahonde River bursting its banks and inundating numerous communities. Destruction of numerous bridges and roads in eastern Chimanimani isolated many residents.