Washington headquartered Blue Nile has blacklisted diamonds from Zimbabwe due to reported human rights abuses in the Marange diamond district in a major blow to efforts to generate more revenue for the forex-starved economy, Business Times heard this week. 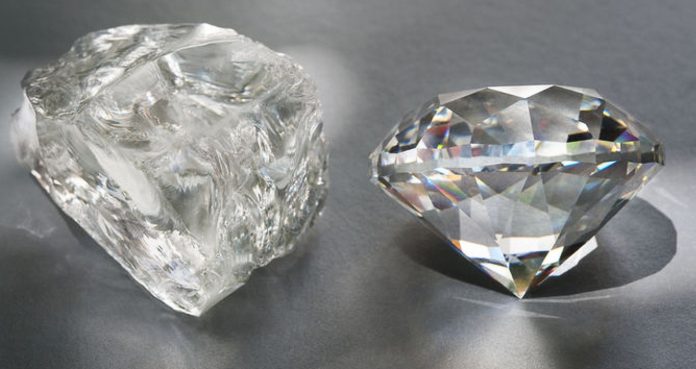 Zimbabwe diamonds have been under the spotlight since commercial production started in 2009 and seemed to have been passing all compliance issues after the formation of the Zimbabwe Consolidated Diamond Company (ZCDC) in 2015. However, reports that ZCDC executives had opened the fields to small scale miners was judged as being tantamount to conflict creation.

Blue Nile, one of the top jewellers in US, said the move to stop diamonds purchases from Marange was to ensure that high ethical standards are observed when sourcing jewellery and diamonds.

“Blue Nile is committed to ensuring that the highest ethical standards are observed when sourcing its diamonds and jewellery. Because of the reported human rights abuses in Zimbabwe’s Marange diamond district, Blue Nile will not purchase or offer diamonds from that area,” it said.

“As a responsible member of the diamond and jewellery industry, we are working with our suppliers to ensure our consumers receive only the finest goods procured from ethical sources.”

The move by Blue Nile comes at a time a coalition of civic organisations is lobbying for the blacklisting of locally produced diamonds citing growing human rights violations on unregistered artisanal miners.

Now pressure is mounting on global diamond trade watchdog Kimberley Process to widen the scope of what is termed conflict diamonds. This came after security officials descended on illegal diamond panners in Manicaland resulting in a fatality.

The move by Blue Nile also comes after an illegal diamond miner last month was shot dead by a ZCDC security guard. Terrence Masendeke, from Jori village under Chief Nyashanu, was part of the over 300 illegal diamond panners who invaded Bravo near Muchena in the Marange diamond fields, when he was shot dead on May 15.

No comment could be obtained from Mines and Mining Development minister Winston Chitando as his mobile number went unanswered. He did not respond text messages sent to his number.

Centre for Natural Resources Governance director Farai Maguwu said the move by diamond jeweller was going to have a massive impact on the growth prospects of the local diamond sector.

The United States of America has a huge network of diamond jewellers and just a single negative issue raised by one jewellery company will have a cascading effect on the whole network.

“The human rights abuses are ongoing in the Marange diamond fields and it’s shocking that nothing tangible is being done to address that. Miners are being shot there and what needs to be done to address issues in Marange is not even difficult, ZCDC just needs to arrest people rather than shoot them,” Maguwu said.

“Most diamond jewellers obviously will raise their reservations in the event that issues of conflict diamonds are raised.  As you are aware USA has a network of hundreds of jewellers and when one member raises issues that will definitely cascade to all members in that network.

“As civil society organisations we have raised these issues at several platforms including KPCS [Kimberly Process Certification Scheme].”

In addition, the local diamonds sector also came under spotlight after it emerged that a controversial Lebanese businessman, Robai Hussein, was actively involved in the sorting of the precious stones in violation of global standards.

Hussein, who has since been deported by Zimbabwean immigration authorities, was reportedly using government’s metallurgical facilities for washing of his gems away from the radar of global diamond watchdog, KP.

Hussein, according to sources, was not licensed to buy diamonds in Zimbabwe which was in contravention of the KPCS minimum rules which require exporters to have KP certificates and also emphasises on traceability of origin of the gems.

Zimbabwe struggled to get KP certification until late 2011 due to incidents of violence and gross human rights abuses around diamond mining in Chiadzwa with concerns over transparency in processes and what was termed illicit diamond trade including smuggling.

ZCDC has been hopping from one scandal to another and last month fired seven senior executives, including CEO Moris Mpofu, in a move meant to refocus the business in line with prevailing operating environment and the “need to rebuild public and market confidence”.

Mpofu and Gambe were arrested last on abuse of office charges. Their case is awaiting trial. Last month, Government rescued the ZCDC and stopped a creditor who was circling over the diamond producer with a writ to attach diamond over a US$14m debt.