Media practitioners in Zimbabwe have reaffirmed their pledge to increase coverage of the global sustainable development goals in partnership with the United Nations, emphasising mostly on climate change, good governance, human rights and gender equality issues. 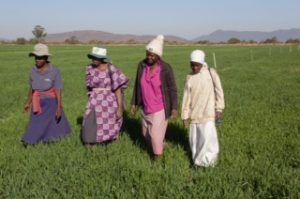 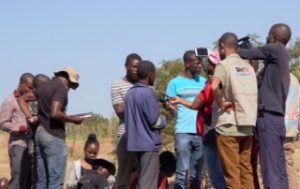 The workshop participants underlined the need for Government, UN, Development Partners and the Media to work together to:

The United Nations recognizes the critical role of the media and freedom of information in advancing development. In this regard, the three-day UN-media workshop highlighted the need for media in Zimbabwe to be capacitated to report on good governance, human rights, climate action and gender equality. It was agreed that media houses and journalists as information gatekeepers will follow up on SDGs progress in Zimbabwe, national policies and their implementation, enhancing accountability, transparency and delivery of public service.

Addressing the workshop participants, UN Resident Coordinator Mr Bishow Parajuli stressed the need to pull together to advance the inherent goodness of human values as Zimbabwe strives to turn around the socio-economic challenges, climate action, drought and achievement of the Sustainable Development Goals (SDGs). “Engaging with the media is fundamental and partnership with the media is crucial to achieve development.  The UN remains open to dialogue with the media and to feedback on the UN’s delivery and performance.”

The role of development assistance is critical, necessary but not sufficient for the achievement of the SDGs. There is a strong need and a case for the private sector and business to play a significant role, and the media has a big role in sending positive and hopeful messages outlining a positive narrative of Zimbabwe as an investment and tourism destination.

Dr Mutambudzi, Director of Media Services in the Ministry of Information, Media and Broadcasting Services speaking on behalf of the Permanent Secretary, Mr Nick Mangwana, in his opening remarks, highlighted the importance of the partnership between the UN and government of Zimbabwe towards the development of the country. He commended development partners for their work in disaster situations particularly during the national crisis caused by Cyclone Idai.

Noting Government’s efforts, Dr. Mutambudzi said, “the Access to Information and Protection of Privacy Act (AIPPA) will be replaced by three progressive Acts, which are the Freedom of Information Bill, the Zimbabwe Media Commission Bill and the Protection of Personal Information/Data Protection Bill. For the first time, Zimbabwe will also have a Media and Film Policy to guide its operations.” He also said, reviewing the country’s media laws and policies is a way to create an enabling environment for the media as it creates laws which are aligned to the Constitution that govern and help the sector to attain international best practices.

Appreciating the role of media for being at the forefront of sharing information, breaking news and being the voice of the voiceless by putting their lives in danger, Ms Angelica Broman First Secretary at the Embassy of Sweden said, “to enhance economic growth in Zimbabwe more efforts have to be put into ensuring gender equality and to eliminate gender-based violence.  The financial cost to the nation of gender-based violence is immense and should not be underestimated.” Ms Broman also emphasised the need to not confuse gender with women issues, gender alerts to equality of both men and women ensuring that they have the same rights, respect and access to resources.

To combat the effects of drought in affected communities, World Food Programme (WFP), is running a community project titled The Garden and Fishponds turning aid into sustainable solutions. Through the project the community has managed to establish a 2Ha garden, orchard, tree nurseries, indigenous poultry, pigeons, apiculture and 2 times 1000m2 fishponds, which are benefiting 93 households.

“From a small community-based initiative, with the right support, the Chebvute site has grown into an example for all of Zimbabwe. This project is proof of the humanitarian-development nexus at work: present-day assistance can help families build resilience to feed, water, educate and support their communities for years to come,” said Mr. Eddie Rowe, WFP Zimbabwe Country Representative and Director.

The Food and Agriculture Organisation (FAO) small irrigation programme in Stanmore B in Masvingo District is providing sustainable agriculture production in the area. The project has improved food security and household socio-economic status in the area. Beneficiary farmers have drilled boreholes for clean drinking water, paid off school fees for their dependents and others have bought vehicles using proceeds from the irrigation scheme.

Noting the successful rehabilitation of Stanmore irrigation scheme in Masvingo District with support from Food and Agriculture Organisation (FAO), Swiss Development Cooperation and the European Union, Dr. Alian Onibon FAO Sub-Regional Coordinator for Southern Africa and Representative to Zimbabwe said, “the irrigation scheme is testimony that communities can turn around a drought prone area into an oasis and profitable irrigation venture, harvesting cash-crops and staple crops (maize and sugar beans) throughout the year, as such there is need to scale up climate smart agriculture and irrigation schemes to address the recurrent drought and effects of climate change.”