Zimbabwe's trade deficit has narrowed to $332m for the five months to May as the southern African country battles to pay for key imports such as electricity and fuel. 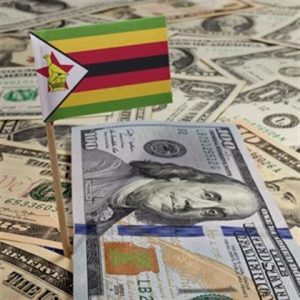 According to latest figures released by Zimbabwe National Statistics Agency (ZIMSTAT) on Wednesday, Zimbabwe has significantly cut its electricity import bill amid foreign currency shortages and a heavy debt burden.

ZIMSTAT said Zimbabwe’s trade deficit narrowed to $93.6m in May, bringing the cumulative year-to-date total deficit to $332m. The trade deficit was $1.3bn in the comparable 2018 period.

For the past five months, the electricity monthly import bill for the southern African country has averaged $3.4m, down from an average of $13.7m in 2018. This is partly because the country does not have adequate foreign currency to meet supplies and had a debt overhang to Eskom which prevented further supplies.

Energy minister Fortune Chasi is in South Africa to negotiate electricity supplies with his counterpart Gwede Mantashe, according to information minister Monica Mutsvangwa.

This has resulted in crippling shortages in energy supplies in Zimbabwe.

Overall, by the same time last year, Zimbabwe had a cumulative trade deficit of $1.3bn, and Finance Minister Mthuli Ncube described it as one of the “twin evils” affecting the country’s economy.

The latest figures, however, suggest that a reversal of these “twin evils/deficits”, with Ncube speaking of a budget surplus since the beginning of the year.

Not anything to smile about

Analysts, however, say the deficit is nothing to smile about, as it driven by the country’s inability to pay for critical imports.

“From October last year, the government has not provided any foreign currency to import electricity despite the crippling shortages. It has also struggled to pay for adequate fuel supplies, and all this feeds into the trade figures,” said Analyst Walter Mandeya of Trigrams Investment.

He said as a result, the reduction in trade deficit is not by design, but forced.

“As much as government had planned to reduce the trade deficit, I don’t think the plan was to reduce key imports such as fuel and electricity, we simply can’t do without those two and the impact of the shortages have been telling on the economy,” he said.

Zimbabwe further exported more than it imported from South Africa. Exports for the five months to May stood at $708.9m against imports of $683.2m for the same period.

In 2018, Zimbabwe imported more from SA than it exported.