HARARE (Xinhua) -- Zimbabwe, battered by crippling power and fuel shortages, has set up an inter-ministerial committee to help the energy minister in finding lasting solutions to the crisis that has beleaguered the nation. 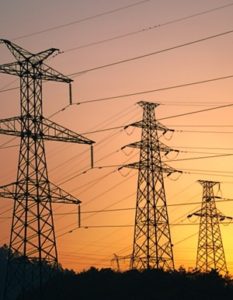 In the face of the power shortages, Zimbabwe has been importing power from its neighbor South Africa but supplies have been stopped due to debt.

“On the power front, it was reported that the Minister of Energy and Power Development is currently in South Africa for electricity supply negotiations with Eskom.

“The nation will be apprised of the outcome of the negotiations at an appropriate time. In the meantime, Cabinet resolved to set up an Inter-Ministerial Committee to work closely with the Minister of Energy and Power Development in order to facilitate a collective approach in the resolution of the prevailing power and energy supply challenges,” Mutsvangwa said.

Zimbabwe’s fuel shortages are due to foreign currency shortages to import the commodity while power supplies have been severely curtailed due to low water levels in Kariba Dam that supplies water to the country’s largest hydro power plant, Kariba.