China needs as much chromium for stainless steel as Zimbabwe can supply. 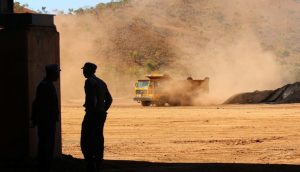 Beneath the surface of its latest economic crisis, Zimbabwe has been quietly positioning itself as a future major exporter of chromium to the insatiable Chinese market.

Chinese demand for chromium is mainly driven by stainless steel, of which it is the world’s largest consumer. The country does not have its own chromium reserves and relies on imports. Chromium is concentrated in South Africa, Kazakhstan, India, Zimbabwe, the US and Turkey. South Africa is the largest producer of chrome, and a majority of the country’s production goes to China.

Zimbabwe has the world’s second-largest chromium reserve, with about 12% of the global total, Technavio says in its report Global Ferrochrome Market Analysis – Size, Growth, Trends, and Forecast 2019–2023.

Zimbabwe’s government has facilitated investment, last year reducing electricity tariffs for chromium miners from 8.7 cents to 6.7 cents per kilowatt-hour. From a low base, Chinese ferrochrome imports from Zimbabwe increased 68.6% in 2017, while imports from established South African suppliers stagnated.

Chinese industrial buyers and South African miners alike are alive to the potential.

South African miner Tharisa, which is listed in Johannesburg and London, offers a possible play on the potential.

Turning those projects into reality, of course, will be a complicated task. In 2018, African Chrome Fields, Zimbabwe’s largest chromium miner, launched a ferrochrome plant in Zimbabwe capable of producing 600tn per month.

Bottom line: Stability in Zimbabwe would put the country in pole position to take a bigger share of China’s chromium market.