For the consumers, the continued increase in prices of basic commodities and the shortages in the energy sector are quickly eroding the hope for a better economy. 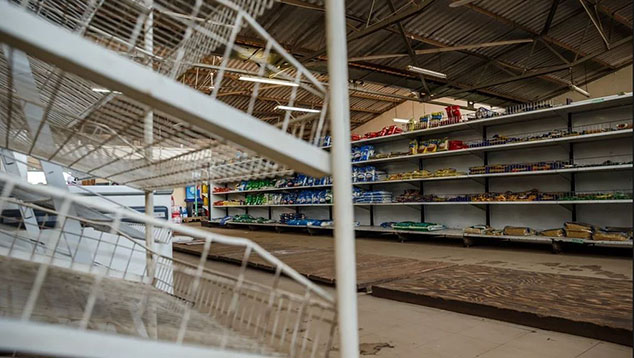 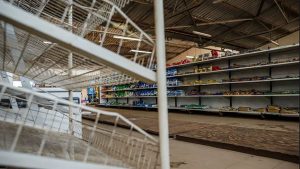 Image: AFP
There seems to be no end in sight for Zimbabwe’s economic woes. Official statistics have projected that the country’s manufacturing sector will grow by a mere 1% in 2019.

The dismal outlook has been attributed to drought, power outages and shortage of foreign currency.

Zimbabwe used to boast a well-integrated and diversified industrial sector, but over the past two decades, suffered massive de-industrialisation and rapid informalisation.

President of the Confederation of Zimbabwe, Henry Rudzvido, says that the situation in Zimbabwe is not ideal.

“Industry at the moment is going through a number of challenges; foreign currency, power shortages, consumers not being able to afford products because of the changes that have happened. The high inflation, which has seen the capacity utilisation in industry going down, projected to go down to as low as between 34% to 40%. The situation is obviously not ideal.”

Earlier in 2019, government had projected annual growth to reach at least 2.5%, but now says there were many stumbling blocks along the way.

The Minister of Industry and Commerce, Mangaliso Ndhlovu, believes that there will be improvement however over the next five years.

“We have also encountered a number of challenges on the currency front and more specifically from accessing the foreign currency, which we so much need for our raw materials and for retooling purposes. So because of that, we have had to revise our growth projections to just about 1%. This is why I have defended our 2% annual growth rate for the next five years of the sector when others feel we are not ambitious enough. 2017- 2018 when I believe we did fairly well; we grew by just over 1.2%.”

Despite the bleak projections, the Confederations of Zimbabwe are hoping that if the country’s new currency intervention is successful, it will lead to the sector being more competitive on the export front.

It says they are aware of the current severe load shedding is putting a dent on the efforts and has appealed to both government and business to act fast.

Ruzvidzo says generators should be repaired at Hwange.

“On the energy front, we have a crisis and I think we need to take serious actions to address that; which include repairing the generators at Hwange, investment perhaps speeding up the projects Hwange seven and eight that are scheduled to come in two to three years; if there was a way of bringing them forward so that we can start generating power sooner it will help.”

President Emmerson Mnangagwa’s bid to revitalise an economy seems to be taking a nose dive, with the latest inflation figures showing that Zimbabwe might returned back to hyper-inflation.

For the consumers, the continued increase in prices of basic commodities and the shortages in the energy sector are quickly eroding the hope for a better economy.