A top business body, the Zimbabwe National Chamber of Commerce, said on Tuesday industry was ready for the new bank notes Finance Minister Mthuli Ncube says will be introduced soon to replace bond notes - although a top economist argues that the struggling southern African country is not yet ready for a substantive currency of its own. 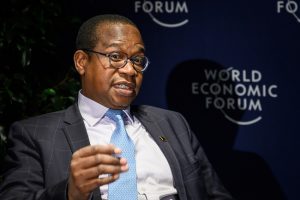 Zimbabwe has been battling a financial sector crisis that has occasioned pricing distortions and bottlenecks for companies and consumers alike. The situation, say some economists, has been exacerbated by the government’s ban on usage of foreign currencies for transactions.

This has seen the government enforce usage of the Zimbabwe dollar in the form of bond notes and coins, electronic and mobile money for all formal transactions.

In reality, however, foreign currencies such as the rand, US dollar and Botswana pula are still changing hands in the settlement of transactions.

With Bloomberg reporting on Tuesday that Zimbabwe’s treasury is set to introduce new Zimbabwe dollar notes to replace the bond notes, business bodies have said they are ready for the new notes as commerce companies are already trading in local currency after introduction of the Zim dollar on June 24 this year.

“Yes, we are ready for the new currency – we are supportive of government initiatives on monetary issues. Our members are already trading in Zim dollar (bond notes and electronic currency),” Christopher Mugaga, chief executive officer of the ZNCC, said by phone from Harare, the capital.

According to Bloomberg, quoting Ncube, Zimbabwe’s return to a fully functional local unit that has potential to be traded beyond the country’s borders will be underpinned by yet to be disclosed foreign exchange reserves, gold reserves and loans.

However, economist Masimba Manyanya is skeptical of this, saying in another August 20 interview that although Zimbabwe will ultimately require its own currency, the country is not yet ready for a substantive Zimdollar unit. According to data on various Zimbabwean banks’ websites, the Zimbabwean local currency is currently trading at around 1:10 against the Zimdollar.

“The Zimbabwean economy needs its own currency like elsewhere in the world. However, the issue with Zimbabwe is that the economy is not yet ready for a currency of its own, mainly because we do not have sufficient production locally,” Manyanya said.

The problem for the Finance Minister right now is how to ascertain and store value in the economy, added Manyanya, highlighting that a well-functioning industry would help stabilise introduction of a local currency.

“I suggest that Mthuli find ways to create and boost industry and production before moving to introduce a local currency. If you do not have the right frameworks in place, you may end up having a situation where you just have a valueless currency,” he said.

Zimbabwe abandoned its Zimbabwe dollar currency in 2009 and introduced a multiple currency regime. This was after record hyper-inflation ravaged the economy, leaving shop shelves empty and the economy struggling for stability.

Zimbabweans on social media have been ridiculing the introduction of the new Zim dollar notes, with twitter users saying the government will “bankrupt” the new unit.

Another Twitter user was fearful that re-introduction of substantive Zimdollar notes would lead to excessive printing of money.