Despite soccer being the number one sport in Zimbabwe, and the nation’s success in the COSAFA Cup, they’ve struggled to make an impression in the African Cup of Nations. 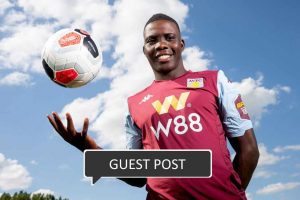 A World Cup appearance has evaded them to date, and they are not tipped in the online sportsbooks as favourites to make it happen in 2022.

Still, they have produced some quality players over the years. Here are five who have made an impression on soccer in the northern hemisphere.

Nakamba recently became the most expensive Zimbabwean transfer in history as newly promoted Premier League club Aston Villa forked out £11m to sign him from Club Brugge. Nakamba is a combative midfielder who excels in ball recovery, a skill that is now widely appreciated by fans following the emergence of players such as Ngolo Kante.

A truly ‘Marvelous’ signing by Villa, pun intended, Nakamba already has silverware to his name in the shape of a Jupiler Pro League title. If he can make an impression under the new Villa, which had a spending spree this summer, then an even bigger move could be on the cards.

Everyone knows what Musona is capable of, given his performances for the Warriors. He’s captain of the team and has contributed 19 goals in just 27 games. The versatile attacker had his first taste of Europe with Hoffenheim in the Bundesliga, but his main contribution has been made in the Belgian first tier where he’s turned in some impressive displays.

He is most notorious for his time with KV Oostende, for which he scored 41 goals and set up another 18 in 112 games. Musona is now part of the Anderlecht squad managed by Vincent Kompany and, after turning down the chance of a return to the Kaiser Chiefs, will be hoping to establish himself.

Benjani is another man who has captained Zimbabwe. He’s played for one of the biggest clubs in the world, Manchester City. Still the three honours in his cabinet were won prior to that move – an FA Cup with Portsmouth and two French Cups with Auxerre.

The powerful striker made 118 Premier League appearances with four clubs and was directly involved in a goal once every three games.

Ndlovu is nothing short of a legend in Zimbabwe thanks to his record breaking exploits in front of goal for the national team where he bagged 38 goals in 100 appearances. Ndlovu, who skippered the Warriors prior to Benjani, represented three teams in England – Birmingham, Sheffield United and Coventry – but it’s his time with the Sky Blues that he is most fondly remembered for.

Ndlovu was signed by Terry Butcher and became the first African to feature in the Premier League. Nuddy, as he was affectionately known by Coventry fans, was a technically gifted forward who was capable of dazzling dribbles and super finishes.

One of Zimbabwe’s most renowned soccer exports is unquestionably Bruce Grobbelaar. The eccentric goalkeeper had stints with a whole host of clubs but truly found his home with Liverpool where he spent 13 years and made over 600 appearances. He was a key component of the side that dominated in the eighties and he helped bring home a total of 13 major trophies – six league titles, three FA Cups, a trio of League Cups and the European Cup.

Grobbelaar is still involved with the sport and is a coach at Ottawa Fury, a member of the USL Championship, a tier below the MLS, the Major League Soccer in the US and Canada.

There you have it, five players who have helped to put Zimbabwe on the soccer map. Here’s hoping there are plenty more waiting to make an impression over the next few seasons!