Forget the Boca Juniors versus River Plate derby in Argentina, the famous El Classico pitting Real Madrid and Barcelona, or Liverpool versus Manchester United in the English Premier League; Africa has witnessed some of the most grueling encounters over the years. 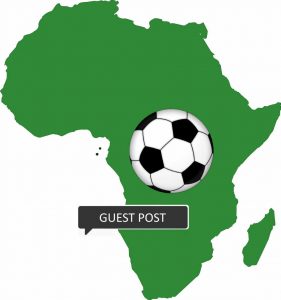 Year in year out, different domestic leagues across Africa have seen massive rivalries, where match days bring everything else to a standstill. Pre-matches are characterised by chest-thumping, and matches are never about the form team but bragging rights. From South Africa to the North, through East, Central, and West Africa, league or cup matches involving top rivals receive a lot of attention from both the local and international media. In this article, we profile the most famous soccer rivalries in Africa, in no particular order.

Popularly known as the Soweto Derby, this is a rivalry dating back in the mid-1970s featuring South Africa’s most-followed clubs. Pirates were established in 1937, a little over 30 years before a former Pirates great, Kaizer Motaung, formed Kaizer Chiefs. Both are perennial rivals in the South African top tier league, with Pirates enjoying a little more domestic decoration by being the oldest in Soweto.

Matches draw fans in their thousands and attract plenty of media coverage locally and internationally. Kaizer Chiefs use the Moses Mabhida Stadium as their home ground, while Pirates use The Orlando Stadium in Soweto.

Tanzania may not be a known football powerhouse, but if you are a keen follower of the Tanzanian domestic league, then you’ll realize how big Yanga and Simba are in Dar es Salaam. Like Inter and AC Milan in Italy, these top East African sides share the Benjamin Mkapa Stadium at the heart of the city. Talk of gruff in football, the Bongo derby has no equal. In 2018, Yanga fans gloriously cheered Kenyan side, Kariobangi Sharks in the SportPesa finals at the expense of their next-door neighbors Simba S.C in a match whose winner had the privilege of meeting top English side Everton F.C.

This is a match that brings the country to a standstill. Gor Mahia and AFC Leopards are the most decorated, and the most followed sides in Kenya. Events involving both sides are characterised by large crowds and huge police presence due to heightened threat levels from animosity between both sets of fans. Only in 2015, 23 fans died in a stampede at the iconic Nyayo Stadium due to large crowds.

The rivalry goes beyond just football, as both teams have a tribal religious following. None wants to experience defeat at the hands of the other.

Moroccans have had their share of soccer rivalries with Raja and Wydad Casablanca. It is red against a green affair, drawing fans from far and wide into Casablanca, the capital city of Morocco. Known as some of the top African teams, matches attract media and scouts from all over the world, and despite the extensive security personnel deployed in the Mohammed V Stadium, fans always find a way to have a go at each other. No matter the team form, it is always a battle of supremacy.

Zamalek and Al Ahli fans will sing at the top of their voices in support of their identities during match days. Interestingly, they are not only fighting for domestic supremacy but also continental glory. They are teams lining up some of the best talents in Africa, and their followings are huge. Cairo hosts both teams, and over the years has witnessed several league and cup matches. The capital economy is believed to benefit from this rivalry; and it only seems to get bigger.