Chronic high inflation is hitting Zimbabweans hard but the government says there is no quick fix.

Retired couple Teddie and Vesta always imagined they would live out their golden years with dignity.

He is 85, and served one company for 46 years as a cleaner, eventually rising to become a receptionist. Vesta says that increasing inflation has robbed them both of a comfortable retirement.

“I am saddened when I see my beloved sitting in that corner from morning to night,” Vesta tells the BBC.

The signs of a failing economy are everywhere. Supermarket trolleys are hardly ever full these days and shoppers linger, contemplating their purchases.

The prices of basics like sugar and cooking oil jumped by 200% in the 12 months to June, according to official statistics. So did the price of healthcare.

Meanwhile the cost of bread has gone up fivefold since April.

As of June 2019, inflation had already hit 98%. In July, the local currency, the Zimbabwe dollar, was reintroduced after a decade of using the US dollar and other international currencies. Annual inflation then soared to 176%.

The local currency’s value has continued to drop but the government has now suspended the publication of inflation statistics, citing the change of currency.

Robert Mugabe was ousted when his long-time ally-turned-rival swept to power with the military’s help in November 2017. Elections were held on 30 July the following year.

President Mnangagwa has dubbed this era the “second republic” – one based on recovery, entrenching democracy and reversing decades of ruinous policies under his predecessor.

Initially many Zimbabweans believed him.

Zimbabweans were initially hopeful that the ousting of Robert Mugabe would persuade investors to return, bringing much-needed cash injections to local businesses.

But hope has faded and old ghosts have returned.

Fuel is in short supply. The government says it doesn’t have enough foreign currency to buy it. Rolling power blackouts are also back.

Authorities blame ageing power plants, low electricity tariffs as well as the worst drought in 40 years which threatens to shut down the main hydro-electric plant at Kariba.

A constant hum has returned to the city – the sound of generators – as boutiques, restaurants, supermarkets try to stay in business. With a sevenfold increase in fuel costs since January, this too will force prices of goods up and further fuel inflation.

Despite a recent 300% tariff hike, electricity is still heavily subsidised by the state. Zesa, the state power firm, is virtually broke.

“The anger and frustration is understandable and should translate into creating a viable entity,” Mr Chasi tells the BBC.

“Our tariff is still below cost-effectiveness and we have a delicate commodity. That is why I keep saying people should pay their bills: Zesa is owed $1.2bn.

“Everyone from every sector owes money.”

Economists say inflation is likely to continue to surge. Local production remains low, causing an over-reliance on imports and a shortage of foreign currency.

The authorities have introduced austerity measures – these lowered subsidies on fuel, power and healthcare and drove up prices for Zimbabweans. President Mnangagwa believes this is essential to boost production.

“It hasn’t been easy. Good ground worth celebrating has been covered with your help,” the president said in a televised address to the nation, marking a year since his election victory.

“A solid foundation has been laid for more and greater gains in the future,” he continued, “and while the beginning may be painful, the middle- to long-run will deliver more jobs, economic stability, growth and development.”

Critics of President Mnangagwa say he is flying blind, and rashly implementing ill-considered policies without consultation. They believe he is leading Zimbabwe back to 2008.

That was the year Zimbabwe hit the record books. Inflation peaked at 500bn%. Bank notes from that time, including one for 100 trillion, are now collectors’ items.

Economist Godfrey Kanyenze says the country could be on the brink of hyperinflation.

“Hyperinflation is when month-on-month inflation rises above 50%,” he explains. “In June it was at 39%. We are currently 11% short of hyperinflation, so this is chronic high inflation.”

He doesn’t believe Zimbabwe’s government has a workable, long-term plan for recovery. 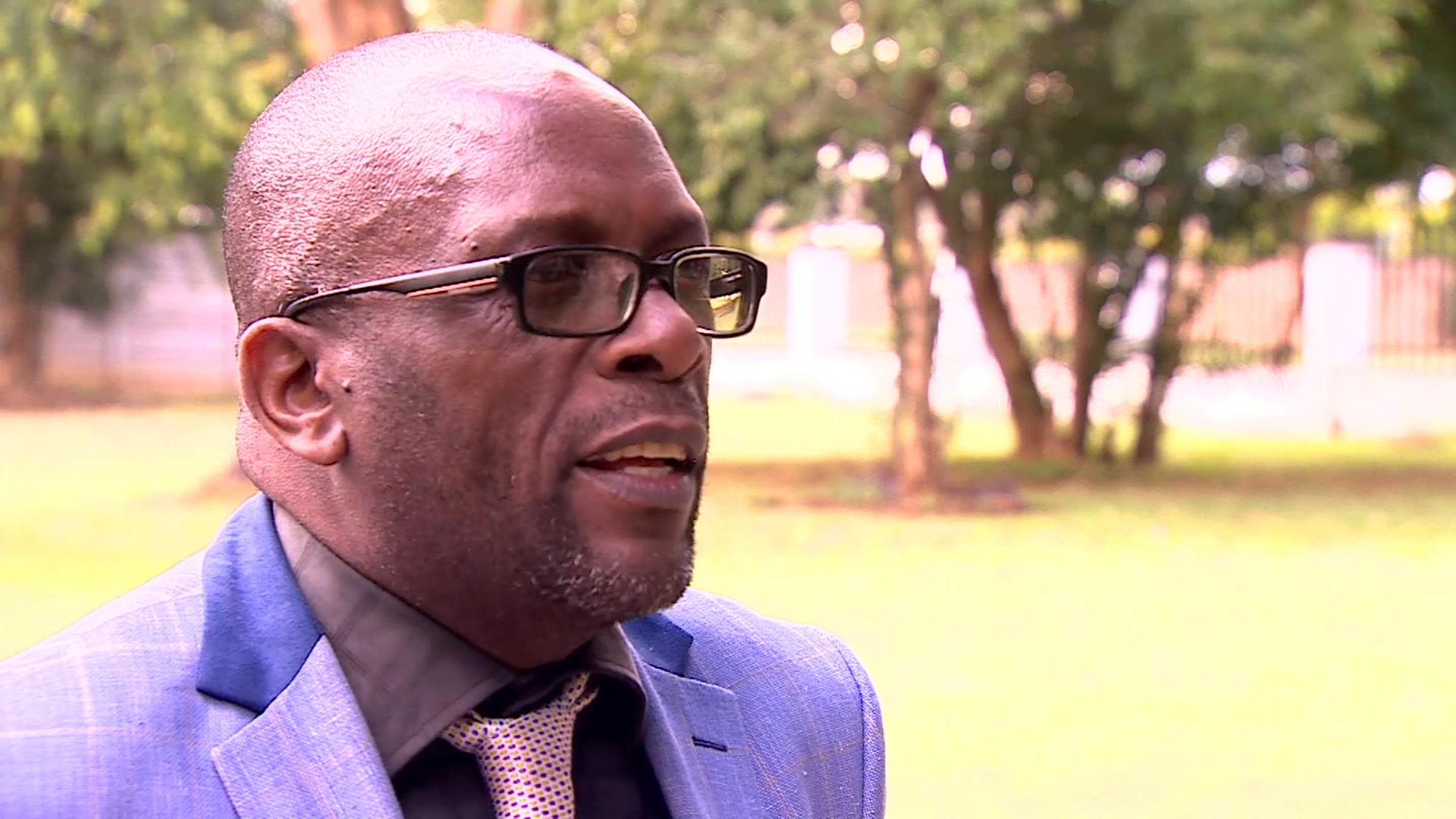 “Most developed countries undertake social impact analysis. Before you implement a policy, you project its likely social impact, then you prepare for it,” Mr Kanyenze says.

“But there wasn’t that preparation, especially in the area of salaries.”

One new measure however has succeeded in cushioning Zimbabweans against rising costs. Public transport subsidies now mean commuters pay about a quarter of what private sector operators charge for the same journeys.

Mr Mnangagwa’s supporters argue that it was always unrealistic to expect a quick fix to dampen a crisis that has been decades in the making.

There is some light, though. Zimbabwe says it has paid some its debt to South Africa’s state-owned power utility, Eskom, paving the way for some imported power.

Meanwhile the government has warned that the economy will contract this year. This is hardly good news for pensioners like Teddie and Vesta.

They don’t want to hear that before things get better for Zimbabweans, they are likely to get worse.