A lot of speculation follows around the Zimbabwe Cricket team’s schedule for the latter half of 2019. Recently, Zimbabwe fans were shocked as the ICC suspended the membership for the national team earlier in July. 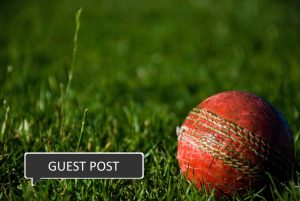 The decision from ICC came because they believed there was significant government interference in the team. The ban might be temporary though, if the Zimbabwean cricket board takes the necessary steps to address the issue. The first one, for instance, is to reinstate the previous board that was dismissed by the Zimbabwean government.

Several players, like Henry Olonga, have stated that the administrators used a divide and rule strategy which has effectively killed Zimbabwean cricket. Many argue that much needs to change so that Zimbabwean cricket can go back to its past glory days.

Don’t worry though – if you love betting with Betway on betway.co.zm, you can get started right away. There are several other teams that you can bet on, as well as many different sports. Just take a look at the dates, and bet on the matches on Betway. Each time you make a correct prediction on Betway, you win!

If the ban does get lifted, we might still see some cricket by the team before the end of this year.

The International Cricket Council, cricket’s highest authority, drafts a schedule for the test matches according to which they are all obligated to play against every other team. Over the span of ten years, the teams have to play at least two bilateral series against each other; one in both the countries. The schedule is what the Future Tour Program is, in layman’s terms.

The Zimbabwe national cricket team, as of 2018, is ranked tenth, eleventh, and twelfth in Test, ODI’s, and T20 cricket formats respectively by the ICC. Until 1981, the team played only on a domestic level to finally be part of the bigger, elite ICC cricket fraternity to play international cricket. Though the team hasn’t won any significant titles yet, it has had some key moments, especially in the 1992 tournament.

Although the team failed to move past the first stage, the 1992 World Cup is still a memorable one for Zimbabweans. In their first match against Sri Lanka, the team’s total tallied to 312 for 4, their then-highest total. This was an aftermath of Andy Flower’s striking performance of 115 not out. The team lost to the Lankans, but it was still a special day for Zimbabwe and Andy Flower.

In their final match for the series, Zimbabwe went head-on with England. The team shocked everyone with their nine-run victory against the then-semifinalists. The English  dominated Zimbabwe with their bowling attack and sent them all back to the pavilion at a total of 134. It was a memorable match as Zimbabwe went on to win with Eddo Brandes’s four-wicket haul to thank.

We sure would want to see those days back soon again!