A Zimbabwean presidential advisor on Thursday called for a halt to what he described as "unprecedented" abductions, beatings and torture reported in the country amid ongoing protests. 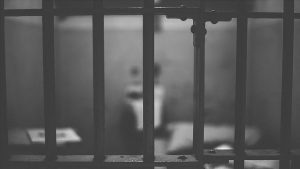 “I’m totally disgusted & alarmed by an unprecedented trend of abductions in our country,” Shingi Munyeza, who is also an entrepreneur and cleric, said on Twitter.

Expressing “worry” that Harare had yet to put forward a strategy against the alleged incidents, Munyeza said the government must “protect its citizens” and hold perpetrators responsible.

The remarks followed several reports in recent weeks of abductions and torture, the most recent case being that of female satirist Samantha Kureya.

Kureya was taken Wednesday night by masked gunmen who attacked her family’s home in the capital Harare, the All Africa news website reported.

She has in the past criticized in her performances the police ban on popular protests against political and economic policies.

Kureya was found later after having been severely beaten, news reports said.

When asked for comment, Deputy Minister of Information Energy Mutodi told Anadolu Agency that the incident was “just another comedy”.

Among other recent victims were union leader Obert Masaraure, human rights activist Tatenda Mombeyarara and several others, according to the local pindula news website.

“The abductions are a reflection of the state’s paranoia with the recent demonstrations that took place in Harare. The state is showing its power against a hapless citizenry,” Owen Dliwayo, an independent political analyst in Zimbabwe, told Anadolu Agency Thursday.

Dliwayo accused the government of acting in a “ruthless” manner against dissent as well as those it deemed as acting “contrary to its narrative.”

“From a rights-based approach, it is disheartening to note that the so-called second republic is intolerable to different views in violation of the civil and political rights of the common people. The government has failed to promote the common good of our society but instead has become a menace,” he said.

The protest has been the first in a series planned by the MDC against the country’s deteriorating economic and political situation.

Despite police warnings and a court ban, crowds swarmed Harare’s streets, where they were confronted by police teargas and batons.