President Emmerson Mnangagwa fired Tourism Minister Prisca Mupfumira on Thursday, a statement from Zimbabwe's presidency said, after she was detained over the disappearance of millions of dollars during her time as welfare minister. 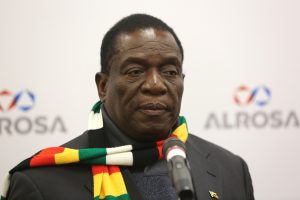 She was “removed … from the office of cabinet minister and minister of government with immediate effect”, the statement said, without giving further details.

Mupfumira was arrested by the Zimbabwe Anti-Corruption Commission in July, becoming the first sitting minister of the ruling Zanu-PF party to be jailed for graft under Mnangagwa’s new administration.

Mupfumira was sacked as social welfare minister by ex-president Robert Mugabe weeks before a military-led coup that toppled the long-time ruler in November 2017.

After the putsch she was re-appointed with a new portfolio .

Mnangagwa has identified endemic corruption as a major contributor to the country’s economic woes and vowed to root it out.