Africa Albida Tourism’s flagship property Victoria Falls Safari Lodge has been voted the Best Resort Hotel for the 23rd year in a row by the Association of Zimbabwe Travel Agents (AZTA), with the hospitality group also receiving three other accolades at the same awards event. 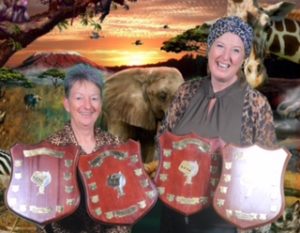 The annual awards, which reward airlines, lodges, agents and companies with a certificate for their great service, as voted by the Zimbabwe travel industry, were hosted by AZTA Chair Ignatius Matungamire at a safari-themed lunch at the Meikles Hotel in Harare on Saturday.

AAT chief executive Ross Kennedy said: “The AZTA awards once again gave recognition to three AAT properties, and it has been a real privilege to receive the Best Resort Hotel award for Victoria Falls Safari Lodge for the 23rd consecutive year.

“It is a hugely rewarding accolade for the entire team, but especially for the operations team led by Andy Conn and Anald Musonza, who together deliver the experiences, hospitality and quality of service, that no doubt influences AZTA members in their votes.

“We are immensely proud of these achievements and recognition,” he added.
Other award winners included Meikles Hotel for Best City Hotel, while Wild Geese Lodge won Best Bed & Breakfast/Guesthouse. The award for Best Safari Camp – Tented went to The Hide in Hwange and Best Safari Camp – Non-Tented was won by Amalinda Lodge in the Matobo Hills.