Zimbabwe’s central bank raised its main interest rate to 70% to stabilize a plummeting currency and rein in surging inflation. 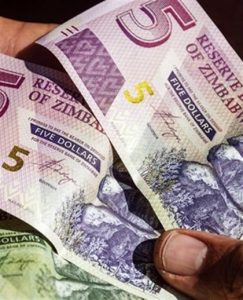 Zimbabwe’s central bank raised its main interest rate to 70% to stabilize a plummeting currency and rein in surging inflation.

The decision is the first by the southern African nation’s Monetary Policy Committee, which was formed three days ago. The increase follows the government’s decision in June to ban the use of foreign currency and reintroduce the Zimbabwe dollar, abandoned in 2009, in an effort to manage consumer prices rising at the fastest pace in a decade.

The rate was increased from 50% “to take account of developments on inflation and the exchange rate,” central bank Governor John Mangudya said in a statement. “The bank expects inflation to start declining after the current high-inflation cycle ends, as attested by ebbing exchange-rate depreciation pressures, following the removal of the multi-currency system.”

The Zimbabwe dollar, a precursor of which was pegged to the dollar at parity as recently as February, is currently trading at almost 13 per dollar and annual inflation, which won’t be published until next February, is estimated at between 230% and 570%.

“The increase in the benchmark rate is an important step, but it’s still below the inflation rate, which is above 200%,” John Robertson, a Harare-based economist, said by phone. “I think by the end of the year, the inflation rate will still remain very high.”