Some farmers hoping to cash in on the ‘golden leaf’ are frustrated by the high cost of bringing their crop to market. The gate at the former tobacco farmer, Shandu Gumede’s farm in Nyamandlovu, Umguza District, in Matabeleland North Province, Zimbabwe that she is now reportedly leasing to a cattle farmer. [Daylife] Bulawayo, Zimbabwe – When

Some farmers hoping to cash in on the ‘golden leaf’ are frustrated by the high cost of bringing their crop to market.

Bulawayo, Zimbabwe – When a local research institute in southwest Zimbabwe launched a training programme to teach farmers how to grow tobacco, Winston Babbage jumped at the opportunity to boost his business and cash in on what many in the country call the “golden leaf”.

Babbage, who lives in the Umguza district of Matabeleland province in the southwest of the country, was given free seedlings and soil-testing services, as well as equipment to build a barn and mentoring to get the crop going. But his dreams of cashing in big on tobacco never materialised.

“It was promising at first and we were all excited, but I soon realised it was unviable,” Babbage told Al Jazeera.

Dozens of farmers like Babbage underwent training as part of the country’s Tobacco Improved Productivity Sites (TIPS) initiative, a programme launched in 2013 by Zimbabwe’s government and the Kutsaga Research Station. It aimed to geographically spread tobacco production to non-traditional growing areas of Zimbabwe and increase the number of farmers cultivating the lucrative crop.

Zimbabwe is Africa‘s biggest tobacco producer and the fifth-largest in the world, according to a study published in the Journal of Agrarian Change.

The crop is also one of Zimbabwe’s top foreign-currency earners, accounting for about 12 percent of the nation’s economic output. In 2018, tobacco production reached 252 million kilogrammes, the highest in Zimbabwe’s 121-year history of commercial growing, according to the country’s Tobacco Industry and Marketing Board (TIMB).

But while tobacco production has risen overall in Zimbabwe, in the southwest, there’s been a significant decline, thanks to a combination of extreme weather, lack of market infrastructure and skilled labour.

Babbage stuck with tobacco growing for three seasons, but the cost of transporting his crop to the auction floor in Harare, about 400km away, cut into his profits. The government had promised to build an auction floor in nearby Bulawayo, the country’s second-largest city, Babbage said, but never followed through.

Babbage said Matabeleland North’s provincial governor at the time, former Home Affairs Minister Obert Mpofu, had been supportive of the new tobacco farmers – but couldn’t convince investors it was worth having an auction floor in Bulawayo.

Mpofu, a tobacco grower himself, acknowledged that getting crops to market is a challenge for farmers.

“I had 15 hectares of premium tobacco and fetched five dollars per kilogram at the auction floors,” he told Al Jazeera. “I encourage farmers from the region to try it, as it is life-transforming, but they have to find a way around the logistical challenges of taking the crop to the market.”

Goodson Khuddu, the training manager at Kutsaga Research Station who trained Babbage and others in tobacco-growing, points to the absence of volume as a reason for the lack of a local auction market.

“There is not enough tobacco to justify the establishment of sales points,” Khuddu told Al Jazeera. “It’s not cost-effective to bring floors to Matabeleland given the small tonnage. Doing so would outweigh the effort of wanting to do business.” 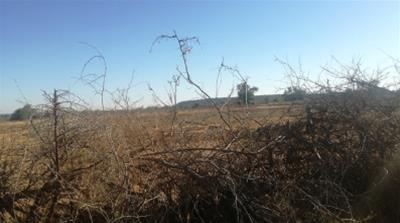 Indigenous people in Zimbabwe grew Nyoka tobacco, which is native to the country, before the arrival of Europeans, but it was a Jesuit priest who claimed to be the first to commercially cultivate tobacco in the 1890s, according to the Zimbabwe Tobacco Association, a group representing growers.

The crop provides the highest economic return for each hectare among all the major annual crops grown in the country, says the association.

But tobacco curing is not a simple process. It involves a series of physical and chemical changes that begin when the plant is cut and ends when it is dried – a process that takes up to eight weeks.

Much like Umguza, the four regions have sandy loam soil that is suitable for tobacco growing, and receives an annual rainfall of between 600mm and 800mm, according to the ZTA.

Babbage said the three seasons he grew tobacco coincided with erratic, late-onset rains. This meant that his crop ripened for processing after marketing season had already started. The delay also meant he couldn’t meet a government-imposed deadline for clearing land and destroying crop residue, which must be done before the next crop is planted.

Penalties for missing the deadline are steep. Zimbabwe’s Plant Pests and Diseases Act allows TIMB officials to destroy crops before they’re harvested or to fine farmers.

A shortage of skilled labour has further hampered efforts to expand tobacco production throughout Zimbabwe.

Shandu Gumede purchased a farm under the government’s land reform redistribution plan in Umguza district in the early 2000s. She said she was lucky to find barns already built on the property, which she refurbished for tobacco curing. 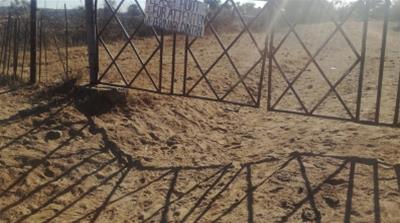 The gate at the former tobacco farmer, Shandu Gumede’s farm in Nyamandlovu, Umguza District, in Matabeleland North Province, Zimbabwe that she is now reportedly leasing to a cattle farmer [Al Jazeera]

But Gumede said she was forced to quit farming altogether, due to the combined problems of high transportation costs and a lack of labourers familiar with growing tobacco.

“It’s a special kind of undertaking,” said Andrew Matibiri, CEO of the TIMB. “If you want someone to go into the field to do a particular undertaking, they have to understand how to do it and why they are doing it,” he told Al Jazeera.

Dumisani Nyoni, a Ministry of Agriculture official working in Matabeleland North, said that when the TIPS initiative started, about 10 farmers were growing tobacco in the province, but “there are no farmers producing it at the moment.”

Similarly, in neighbouring Midlands province, the number of tobacco growers has dropped from 400 to 300, said Matibiri.

Andrew Godfrey Mpambo is one of the Midlands farmers who decided to drop out. He said he grew tobacco on his farm in the Zaloba area in 2013, but found the crop was too capital-intensive. With more government support and better farm equipment, he said, he could have thrived.

“The government should chip in to help emerging farmers,” Mpambo told Al Jazeera. “If we could be supported and have our farms mechanised, that would help.”