HARARE (Reuters) - Russian-Zimbabwean platinum venture Great Dyke Investments (GDI) requires a further $500 million for the first phase of its Zimbabwean mining project and is in advanced financing talks with Russian and South African lenders, it said on Tuesday. 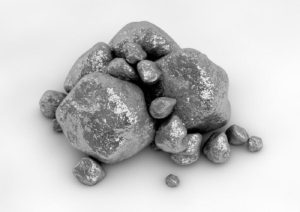 Zimbabwe is pinning its hopes on the mining sector to drive the recovery of an economy grappling with rolling power cuts and shortages of foreign exchange and fuel.

Russia’s Vi Holding, through its JSC Afromet subsidiary, owns half the shares in GDI, which is developing the Darwendale platinum project near Harare, while Zimbabwe’s Landela Mining Venture (Pvt) Ltd owns the rest.

Tagwirei did not respond to calls to his mobile phone. Brown could not be reached for comment.

The Darwendale project is located in the mineral-rich Great Dyke belt and had initially earmarked $400 million for the first phase of the project. It aims for the mine to start production in 2021 and at its peak to produce 860,000 ounces of platinum group metals and gold per year.

Zimbabwe is seeking to exploit its reserves of platinum, which is used in catalytic converters to limit auto emissions, at a time when vehicle manufacturers are boosting production of electric cars powered by lithium batteries.

GDI said in a statement its lead financial arranger African Export-Import Bank was targeting financial closure for the syndicated funding by March 31, 2020.

“Advanced negotiations are currently underway with a number of South African, Russian and Zimbabwean financial institutions to participate in the syndicate providing funds for equipment, machinery and services procurement,” GDI said.

Brown said in a statement that the Darwendale project had potential to become a significant low-cost PGM producer.

Anglo Platinum and Impala Platinum Holdings already mine platinum in Zimbabwe. Impala also owns a joint-venture mine with Sibanye-Stillwater.

Karo Mining Holdings, part-owned by South Africa’s Tharisa Plc, plans a $4.2 billion platinum mining venture, while Bravura, owned by Nigerian billionaire Benedict Peters, was given a concession to explore for platinum in May.