HARARE (Reuters) - London-listed Vast Resources will next week sign an agreement with Zimbabwe’s state diamond mining firm to prospect and mine diamonds in the east of the country, the mines minister and a company official said on Friday. 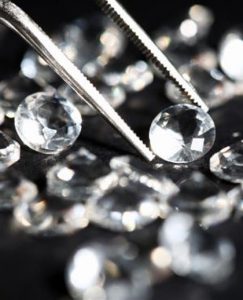 President Emmerson Mnangagwa’s government is stepping up efforts to exploit its mineral resources to revive an economy crippled by triple-digit inflation and high unemployment, with Mnangagwa desperate to woo investors, some of whom abandoned the country during the rule of the late Robert Mugabe.

That company would sign a joint venture mining agreement with Zimbabwe Consolidated Diamond Company which holds the mining rights, he said. A Vast Resources official confirmed the deal. Financial details would be disclosed at the signing of the agreement, the minister and the official said.

Anjin was forced out from the Chiadzwa fields in 2016 along with other miners, with Mugabe’s government saying their licenses had expired after they declined to merge under the state-owned mining company.

Few miners doubt the potential of Zimbabwe’s mineral resources, with its diamond, platinum and lithium deposits considered among the biggest in the world.

But investors are concerned about how much money companies can take out because of acute dollar shortages. Many big miners are taking a cautious approach.

Mnangagwa will on Monday launch an ambitious plan to increase investment in mining and raise the sector’s export earnings to $12 billion by 2023 from $3.2 billion last year, Chitando said.