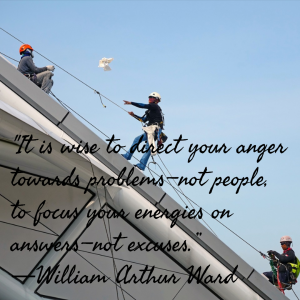 Life is 10% what happened to you and 90% what you do about it.
But what are you gonna do about it though – since it’s gonna happen anyway?
You gotta try.
You just gotta try.
Just dust off your imagination and go for it!

First, thank you all for your overwhelming feedback and gracious comments. I’m encouraged by the consistent theme in your feedback, that there is a lot that we, as citizens, can do. To quote my friend Hope Mauwa: Governments don’t develop economies – companies do. Companies are run by people – you and me.

I’d also like to apologise to readers for an error in last week’s article. There were supposed to be two charts comparing the GDP Growth of Zimbabwe against that of the UK; comparing how the economies have fared post-recession – unfortunately, the charts did not display properly. Please visit www.heritagepay.co.uk and you’ll find the article in the Market Commentary section (What The Heck Is Going On? Part 1).

Next, I’d like to respond to suggestions that politics is the elephant in the room and therefore I should have brought politics into the conversation. It is true that I deliberately ignored the politics. Not because it doesn’t matter. Not because I’m somehow detached from the goings on in Zimbabwe. Not because I’m afraid of dealing with a difficult subject.

I ignored politics for 5 of reasons, and they are many. However, because space is limited, I’ll give you just one: This series is about investing, and turning the conversation into a political discussion, will be off-putting for many people who don’t like politics; don’t understand it; or just don’t care. In the August 2018 election, there was a 70% turnout. That means roughly ⅓ of the adult population don’t like / don’t understand / don’t care. And the polarizing nature of political debate also means that regardless of what political position I take, there will still be people who are will be unhappy with what I say. If even wise men like Archbishop Desmond Tutu and Nelson Mandela himself could not make everyone happy, what chance have I got? Anyone still unsatisfied with that, please email me and I’ll send you the other 4 reasons!

I’m not here to alienate a single one of my fellow citizens but simply to find common ground with the aim of investing in our country.

But first, a quick here’s a refresher.

Last week’s Contrarian View was: Both the UK and Zimbabwe are risky investment destinations right now and both are potentially on verge of recession. However, I will consider investing in Zimbabwe because historically, the GDP-growth-rate-after-recession has bounced back stronger (evidence of which I presented using graphs).

Now, avoiding politics means I can avoid making excuses. It means we can  all challenge ourselves with the following questions: In spite of the politics, what can be done? What are the people who are succeeding in this challenging environment doing to succeed?

So, this week’s Contrarian View is: What opportunities can I uncover, which, those who are focused on the politics could be missing? This doesn’t mean pretending that problems don’t exist – it is simply refusing to allow those problems to become excuses and therefore navigating the challenges intelligently.

Traditionally, one of the main ways of resolving the multiple challenges we have would be to try and attract FDI rapidly. At this moment in time there is a number of reasons why this is not quite achieving the success we would like.

For example, Zimbabwe has a very large disparity of wealth between rich and poor (as evidenced by the absence of a Middle Class). Now, what’s worse is that when there is such a large wealth disparity, the risk of civil war actually increases (Frank Bradley, International Marketing Strategy, 2005, p128). So, if/when investors do come, they will demand a lot of guarantees and incentives. The result is everyone gets a raw deal.

And it gets even worse because the latest FDI data trends show that FDI into emerging markets is already falling.

As discussed last week, a number of trends and economic indicators suggest that we are approaching a global downturn. In global recessions CEO’s don’t run abroad waving around chequebooks and taking risks with shareholders’ monies. A simple observation of FDI (Foreign Direct Investment) trends shows that since 1970 global downturns have coincided with a dip in FDI; as shown by the chart below.

The cyclical nature of the global economy (recession every 7 – 10 years); current trade wars; Brexit uncertainty and inverted yield curves suggest that another global recession could be imminent.

The chart below, shows the various components of Financial Inflows into emerging markets. Let’s look at each one, in the context of Zimbabwe today.

Financial Aid funds inflow has been the most consistent and stable form source of money. Diplomatic relations between countries are usually the basis on which aid is given. How healthy are our diplomatic relations with major donor nations? Furthermore, the susceptibility of Foreign Aid to the internal domestic politics of traditional donor countries could make future financial aid less reliable – especially with the recent rise of populist governments in some Western countries. Finally, even if all the above points didn’t apply to Zimbabwe, Foreign Aid is the smallest component of financial inflows, so its usefulness in helping us is limited.

Private Capital is composed of people sending money between their own bank accounts in different countries, (for example, a salary paid to a bank account in one country while the person temporarily lives in a different country). This type of financial flow is inconsistent. In fact, it’s so erratic that it is the only financial flow that has a history of turning negative.

FDI into emerging markets shows a correlation to global risk. If, as a country, we were hoping that we could be saved by an investment bonanza, I think that the recession risks, that I have outlined above and in the previous article, mean that the chances of attracting high volumes of FDI are somewhat reduced in the short to medium term. Or at least smaller, than they otherwise would have been, in the absence of the current, global economic headwinds

Remittances have seen consistent growth for the past 30 years and even in times of recession, they have been a resilient component of financial inflows. And according to recent World Bank data, remittances have now overtaken FDI.

To conclude, it makes sense therefore to work out a plan of channelling these remittances into investment and creating a class of investors out of the senders of remittances.

This week I am meeting a contingent of business people from Zimbabwe who are on a Trade Mission to fellow businesspeople in the UK to explore opportunities for collaboration. Meetings will be held in London and Birmingham. It is a chance to meet key figures in Zimbabwe’s growth sectors such as renewable energy, agriculture, tourism and mining. Specific opportunities for working with UK companies exist for horticulture importers, FMCG (retail, wholesaling & manufacturing), fabric suppliers, fashion, leather, arts and crafts; home designs, furniture suppliers and biometric access control systems.

So, let’s meet again next week when I will share my experience of the Trade Mission and also lay out a skeleton plan outlining what I think we, as Zimbabweans at home and abroad, can do together, in spite of the grim economic situation.

Our best days are ahead of us!

The Zimbabwe Outward Trade Mission to the UK runs from the 2nd to the 5th of September. It has been organised by the British Government’s Department for International Trade, Zimbabwe Diaspora Network and ZimTrade. Click  here  for more details.

Crosby T. Pamberi is an Economist and the CEO of Heritage Pay.
You can reach him on [email protected]
Heritage Pay is a UK-based, international payments and money transfer company. It specialises in money transfers for business investment; stock market investment; and commercial and residential property. www.heritagepay.co.uk

DISCLAIMER: The views expressed here are the author’s own. They are based on information publicly available at the time of writing; and are therefore constantly evolving. None of the information contained here is, nor should be construed as financial advice. Past performance is no guide to the future. You should always seek your own independent financial advice (and, crucially, permission from your spouse!) before making any financial decision.

Heritage Pay Limited is registered in England and Wales – Company No. 11129859