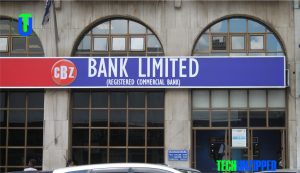 The United Nations warned last week that the southern African nation faced a second successive poor harvest this year because of patchy rains, compounding problems for millions of people already grappling with last year’s drought and the worst economic crisis in a decade.

CBZ said in a notice it wanted to raise 500 million Zimbabwe dollars ($30.6 million) to purchase seeds, fertiliser and chemicals for maize and soybean production.

A second dollar-denominated bond worth $50 million with the same tenor seeks to raise money to import farming chemicals and fertilisers that are not available locally, CBZ said. The bank will pay 9.5% interest.

Maize is the country’s staple crop, while soybeans are used in the production of cooking oil and animal feed.

Under a new government-backed programme to ensure food security, CBZ buys farm products and issues farmers with vouchers to purchase them. The bank will then recoup its money from farmers who surrender part of their harvest. The bonds are guaranteed by the government.

Zimbabwe is nearly halfway through its summer crop season, but the rains have been poor, raising concerns that the government may not meet its growth target of 3.1% this year. Agriculture accounts for 17% of the country’s gross domestic product.

Up to 8 million people, half Zimbabwe’s population, will require food aid this year after last year’s maize harvest fell by half, according to the United Nations.