HARARE – At least US$26.1 million released by the Reserve Bank of Zimbabwe to the Grain Millers Association of Zimbabwe (GMAZ) for grain importation either vanished or benefitted a small clique connected to the group’s chairman, Tafadzwa Musarara, a parliamentary committee heard on Tuesday. 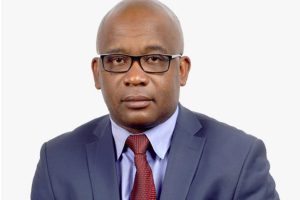 Musarara claimed that US$9 million of that amount had been given to the Grain Marketing Board (GMB) as a loan to help them refurbish their silos, but the state grain reserve’s executives told the committee on Lands, Agriculture, Water and Rural Resettlement that they had never received the money.

“We have a term sheet which sets the basis upon which GMAZ would consider financing GMB for it to rehabilitate, repair and maintain its silos. The funds were deposited in a forex account with Metbank (account number 010733244). Only the Ministry of Finance had signing powers to the account. I confirm that we did deposit an amount of USD$9 million,” Musarara told the committee.

Musarara said as part of that agreement, GMB would sell maize to his association’s members at a subsidised price of US$240 per tonne, instead of US$270 per tonne charged on other buyers at the time.

GMB executives, also appearing before the committee, said millers had negotiated discounted prices, denying that this was connected to any loan.

Small millers who also appeared before the committee maintained that they were never made aware of the subsidised price which Musarara claimed was available to all GMAZ members.

“Two reasons why we say we never got a loan from GMAZ are that firstly, according to the Public Finance Management Act we are supposed to get authority to borrow, which authority we never solicited for and we never got such authority,” he added.

Musarara claimed the decision to loan GMB the amount for their silo rehabilitation was made following a verbal request made by President Emmerson Mnangagwa in 2017, when he was still the vice president.

Mnangagwa, he told the committee, had told him that the government expected a bumper harvest from the controversial Command Agriculture scheme which he was spearheading but they might face a challenge of storage for the grain, with some GMB silos reportedly in a state of disrepair at the time.

It was not clear why Mnangagwa thought the GMAZ, a private association, was best positioned to refurbish state infrastructure.

For years, the central bank has been running an opaque scheme in which it allocated foreign currency to private companies at preferential rates as part of a subsidy system to keep prices of fuel, bread and maize meal down.

The GMAZ, led by Musarara who lost a Zanu PF primary election in 2018, is one of the groups to which millions of United States dollars were channelled at the preferential rate of 1:1 to the RTGS, even as the local currency was significantly worthless.

The RBZ told the parliamentary committee that it had released US$27 million to the GMAZ between 2017 and 2019. Musarara said it was, in fact, US$26.1 million.

The money was intended for the importation of wheat. Wadyajena told Musarara that the Zimbabwe Revenue Authority (ZIMRA) had no record of GMAZ importing wheat or any other grains.

“Just tell us where the money went, show the proof,” Wadyajena confronted Musarara.

“The wheat was brought by Holbud Limited through Drotsky (Private) Limited,” Musarara responded.

When Wadyajena asked Musarara “who’s Drotsky?”, the miller said it was his company which manufactures grinding mills.

“Thank you so much… Now you have confirmed GMAZ never imported a single grain of wheat,” Wadyajena quipped.

Some millers who appeared before the committee said they had not benefitted either from the GMB discounts nor had they been offered the foreign currency to import wheat.

In fact, the committee heard only two companies – National Foods Limited and one called Parrogate which is linked to Musarara – were the beneficiaries.

Musarara said “only companies who were liquid at the time” participated in the scheme.

Musarara appeared before the committee after summons were issued. He had refused to appear on at least four occasions, even writing to the Clerk of Parliament at one point requesting to appear before a different committee claiming Wadyajena was pursuing a personal vendetta.