The Mnangagwa regime has reduced workers to slaves by paying them money that is valueless, says the President of the Zimbabwe Congress of Trade Unions, Peter Mutasa. 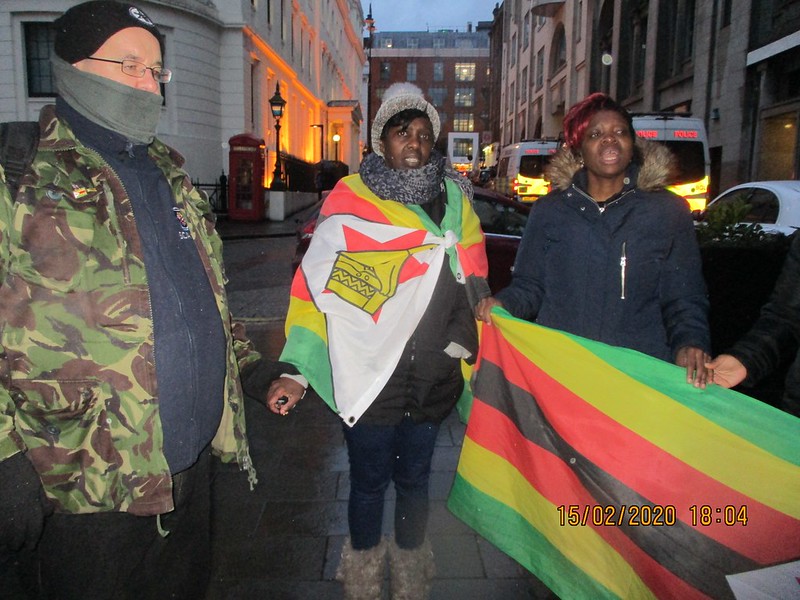 He said his members were facing challenges accessing healthcare, accommodation and basic services because most of these were being pegged to the US dollar while they were earning the fast-depreciating local currency. He said the ZCTU wanted the immediate introduction of the rand as official legal tender.

Pressure to abandon the Zimbabwe dollar is also coming from business. The President of the Confederation of Zimbabwe Retailers, Denford Mutashu, said the appetite for the US dollar was very high because the local currency was too unstable for sustainable planning. One trader in Mbare said a bucket of maize was selling for US$3 or Zim$120.

MDC Vice-President Tendai Biti said the market had already re-dollarised and the government must recognize this instead of resisting the obvious. He pointed out that the government was itself charging for services in US dollars even though it is threatening to penalize businesses who do the same.

‘You can’t criminalise rational behaviour. Just like, right now, 90% of Zimbabweans are buying the US dollar on the streets. There is no amount of teargas, no amount of gun, there is no amount of tank that is going to stop that because a human being behaves rationally. He will protect himself,’ Biti said (see: https://www.newsday.co.zw/2020/02/market-rejects-zimdollar/).

Biti, a former finance minister, accused Mnangagwa of being ’the godfather’ of Zimbabwe’s high level of government corruption. He said Mnangagwa’s ally, business mogul Kuda Tagwirei, had ‘captured’ the finance ministry. ‘I never thought that we could get to a situation as ordinary Zimbabweans in which we could say Mugabe was actually better. But, Zimbabweans are saying so because the level of looting under Emmerson Mnangagwa is unprecedented.’ Biti said Zimbabweans must take to the streets to demonstrate peacefully against the cartels to express their anger. (See: https://bulawayo24.com/index-id-news-sc-national-byo-178981.html).

MDC leader Nelson Chamisa also called for action in the fight against corruption. He said the allegations by Prosecutor–General Kumbira Hodzi that corrupt cartels controlled the justice delivery system had confirmed state capture. ‘The anti-corruption rhetoric is a mere facade designed to hoodwink Zimbabweans and the world. Over the past two years the level of corruption and state capture has escalated to obscene levels. There can not be sustainable prosperity when national wealth is in the hands of a few,’ said Chamisa (see: https://allafrica.com/stories/202002130439.html).

FOR THE RECORD: ­­­8 signed the register.