The revelations by the Zimbabwe Anti-Corruption Commission that US$7 billion worth of cash and property has been stashed outside the country by the political and business elite have exposed unbridled avarice and corruption--and not sanctions—as being at the core of the national crisis. 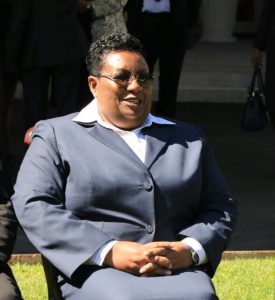 Now that they know, the challenge for ZACC is to show that it has teeth by prosecuting the well-heeled political and business elite that is at the centre of the national rot that has spawned the unmitigated suffering in the country. The ZACC chair Justice Loice Matanda-Moyo has stunningly revealed that former and current senior government officials as well as well-heeled business executives have stashed outside the country cash and properties worth over US$7 billion outside the country.

That the value of the massive bounty stashed outside the country by this criminal network is double the country’s national budget vindicates our position that at the centre of the national crisis is corruption and not this empty rhetoric about the so-called sanctions. The ZACC revelations expose State capture by a close-knit and well-heeled political and business elite that has bled our country dry. Now that they know, we await ZACC to show its fangs by arresting and prosecuting this crooked lot that has milked our country and brought this massive suffering on the people.

That is why the fight against corruption and sleaze is one of the five fights to be waged by the people in 2020, alongside the key fight against illegitimacy that must lead to the reclamation of the people’s government that Zimbabweans voted for in 2018. This unmitigated corruption is all the more reason why Zimbabweans will sonorously express themselves in the streets and in the valleys against this despicable national decay. #thepeoplesgovernment.