HARARE (Reuters) - Zimbabwe has given holders of mining concessions up to the end of April to pay $11 million in outstanding annual fees or risk losing their licenses, the mines minister said on Tuesday. 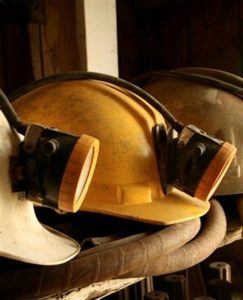 Mining is the biggest earner of foreign exchange in the southern African nation, which hopes the sector will help anchor a revival from the worst economic crisis in a decade, marked by shortages of foreign exchange, food, fuel, electricity and medicines.

Zimbabwe holds the second-largest known reserves of platinum and large deposits of lithium, gold and chrome but has struggled to attract new investors who fret over power shortages and whether they can take their money out.

Mines Minister Winston Chitando, who has previously accused some companies of holding mining concessions for speculative purposes, said the government was owed at least 200 million Zimbabwe dollar (US$11 million) in annual fees as of Jan. 30.

Under Zimbabwe’s laws, companies have to pay an annual fee to keep their concessions.

“The 200 million (Zimbabwe dollar) relates to that mining title where the owners or holders have not been observing or are in arrears as far as payment of the mining title is concerned,” Chitando told reporters during a post-cabinet briefing.

He did not give any details on which mines or companies were in arrears.

But Information Minister Monica Mutsvangwa said that “those who owe money are being given until April 30 to pay up, failing which the mining title will be lost”.